Got the crank gear off and pulled the end plate. All three big flat head screws were loose and not staked. The gasket on the block almost looks home made or cut from the wrong gasket anyway. Note the oil channel that goes to the little oiler post has gasket material blocking it. And should that opening (to the oil pan?) on the bottom be blocked like that? Is that a broken-off bolt in one of the longer bolt hole locations? Kind of a mess. 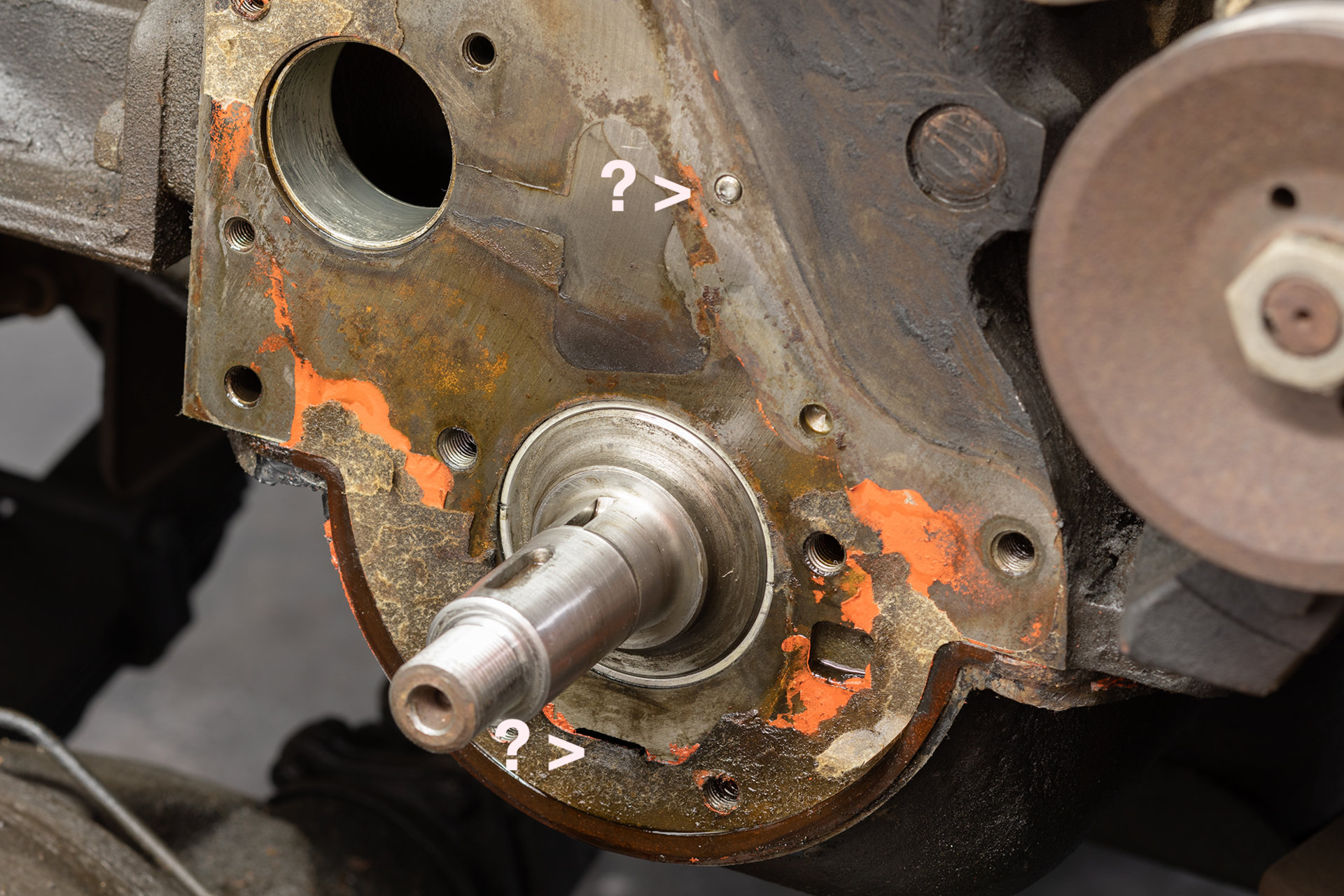 More "crash" clues too - three places on the plate that were hidden under the cam gear. Could some gear teeth or something else broken off and knocked around in the timing cover? Maybe making enough noise that they shut everything down before too much damage occurred? 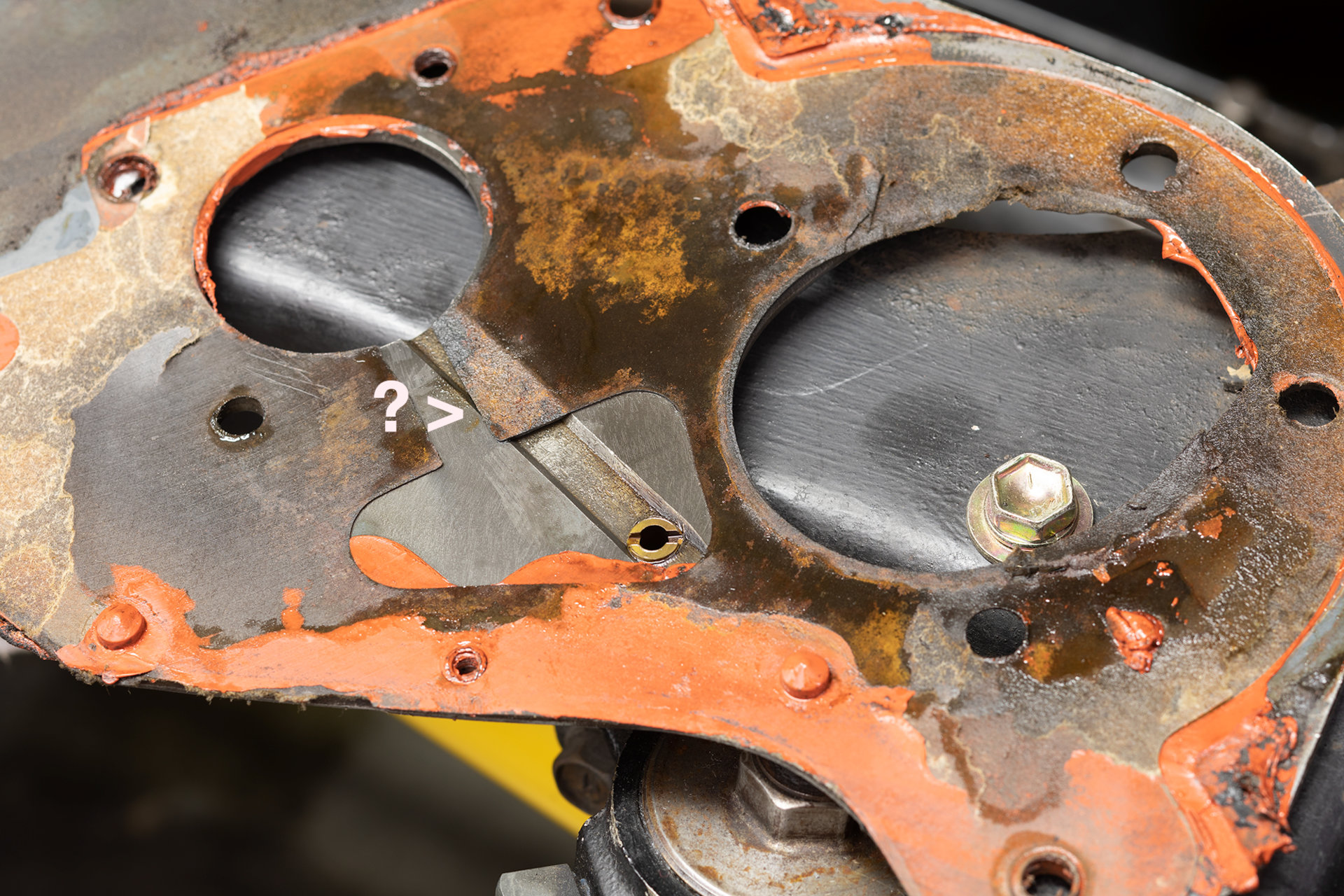 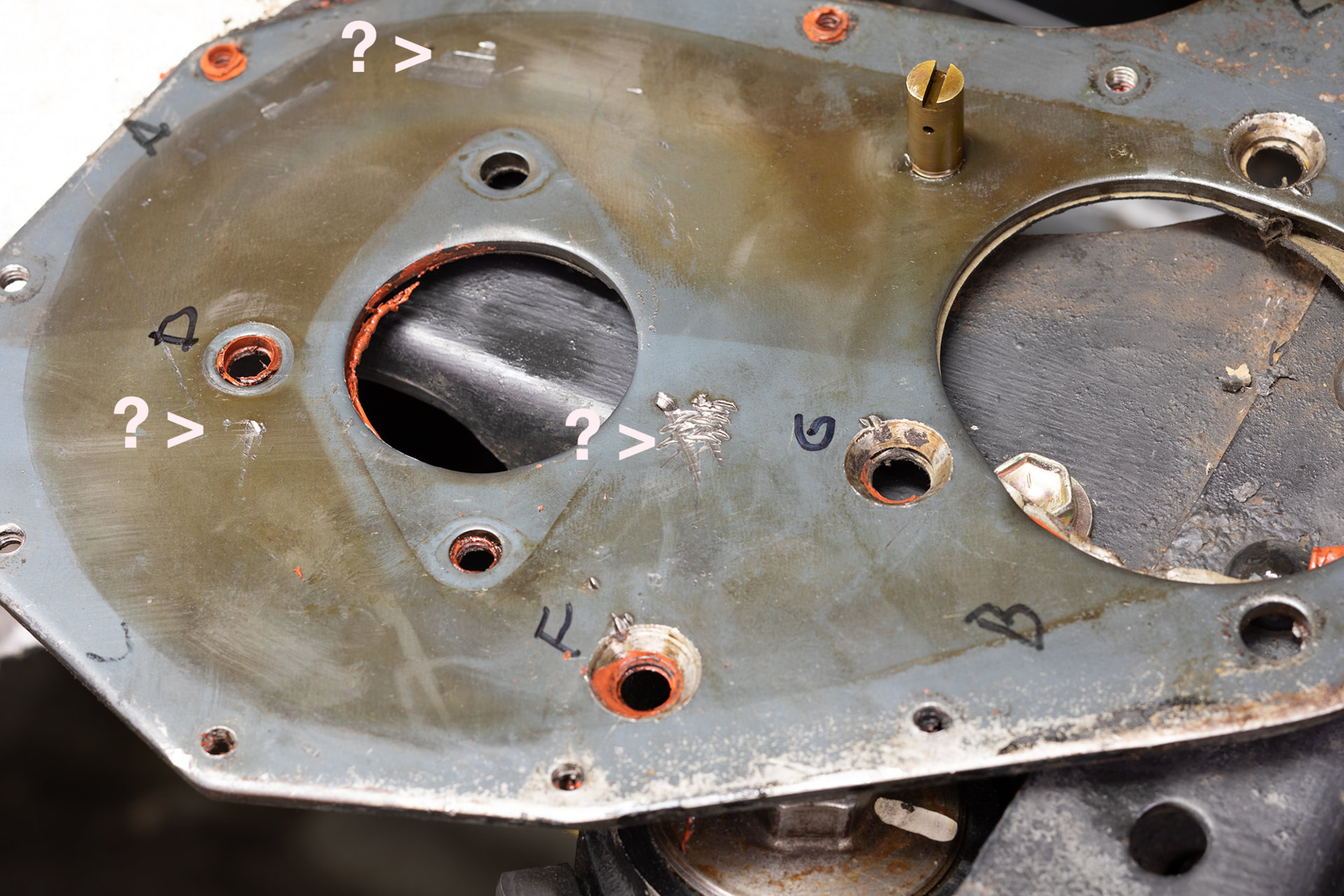 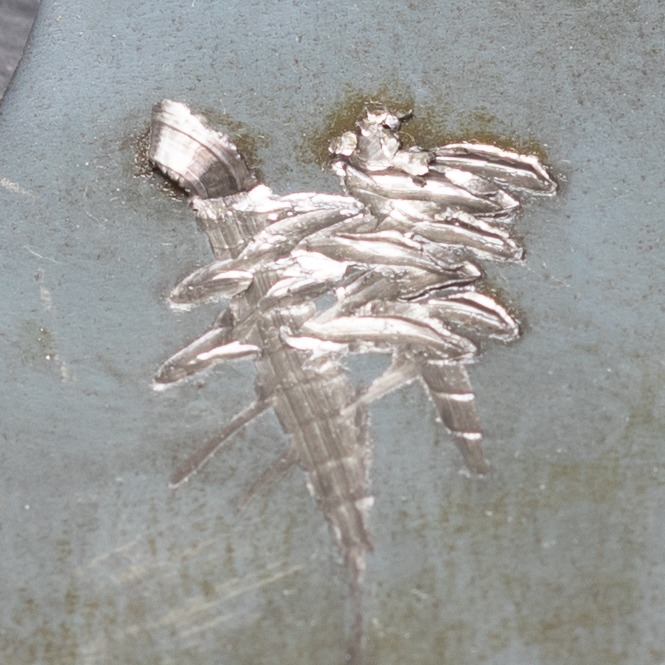 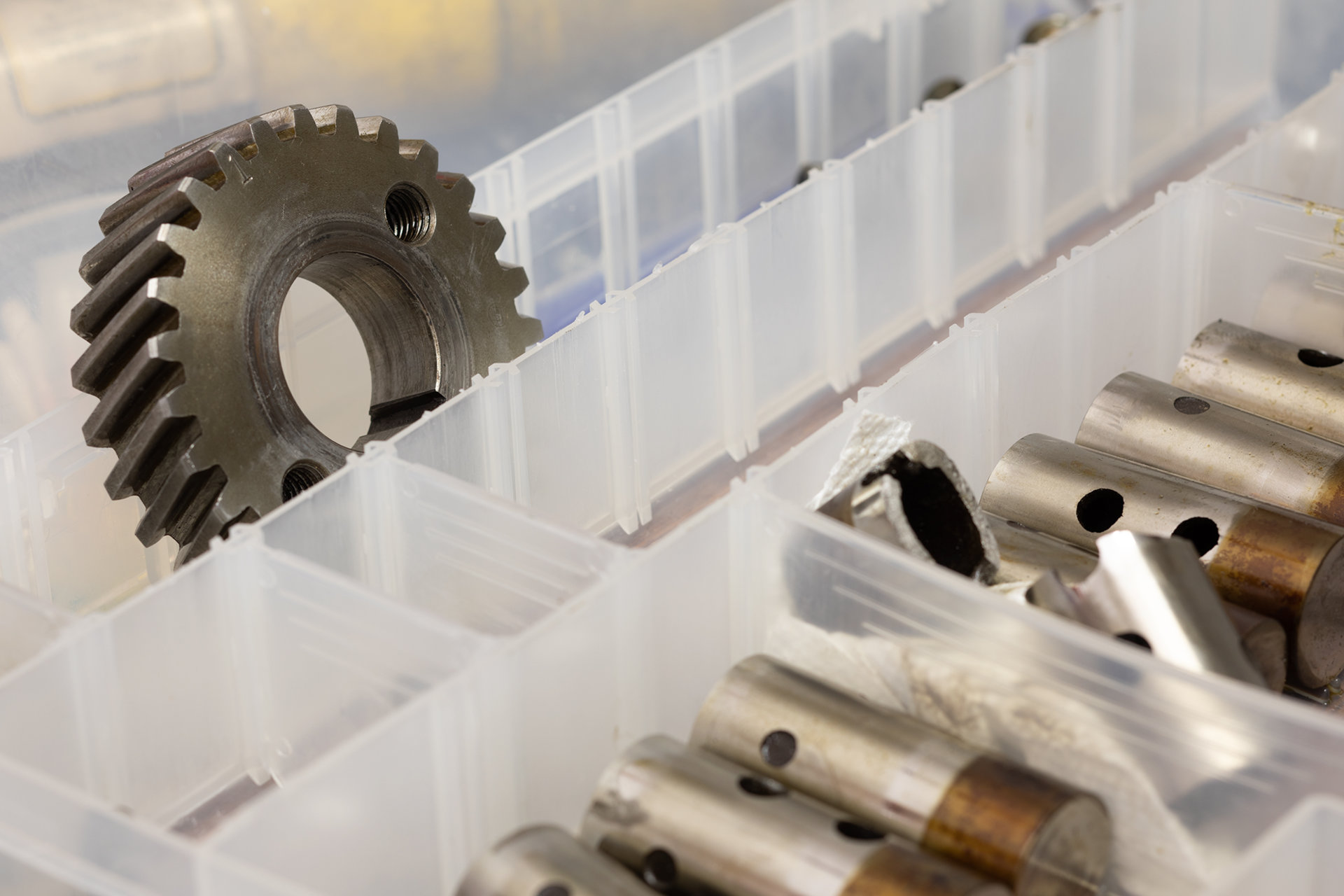