I've been using 3M Weld Primer - II 05917. It's the silver stuff in the attached photo. Cost about $30 - I'm trying to find it at a better price. Everyone says you don't use much but it sure doesn't seem to last too long for me. It still splatters a bit. On a plug weld once the two pieces are joined together I wipe/acetone the paint off the hole area, and fight through the splatter on the weld until I get a good plug. Who knows how much this will help the hidden areas but I guess it's better than nothing. The U-Pol Weld-Through Primer stuff (zinc or copper) sounds good (less splatter?) but it costly too and I can't seem to find it anywhere. The sill and sill cover (image 2) were both painted with 3M before they went together - as well as those vertical channel lap joints. Doesn't smell great when it's hot so ventilation and maybe a good mask helps. 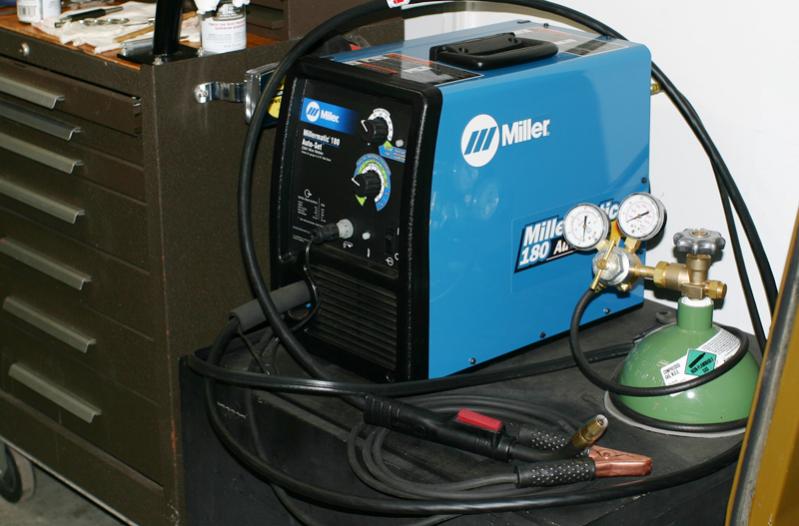 I'm not a welder either, my 180 is the only machine I've had my hands on. I feel like I've had somewhat decent results - seems to get better - but I am slow. And I've only smelled the top of my head burning once so far.

Things I worry about:
1) Use small .024 in (0.6 mm), high quality wire...
2) I try to keep setting on the higher side - cold welds that need to be reworked seem like one of the biggest pains for me.
3) I try to get a really good fit on the butt-joint patches, etc.
4) Try to use a heat-sink of some kind, if possible (thanks to Miker)
5) Make sure everything is really held in place (clamped) - so things don't start moving around on the first few tacks...
6) Tack everything with good 2 sec min tacks - spreading everything out trying to watch the heat - always thinking about the heat and where things will move. Sometimes I use a small fan, running, pointed away, tack a few places on one side of the truck, point the fan on that area and tack somewhere else on the cruiser, then move the fan, come back and keep going...
7) I'm worried about good welds/penetration and I always start to get distortion as the tacks get closer together, finishing up and I'm looking at the backside for solid welds. I do a little hammer work too (another reason I'd like a TIG) - but I'm afraid to bang around too much on a MIG joint. Still always feels like too much filler material is going down - I assume someone who knows TIG could really control the filler material.
8) I used to try to grind the tacks and come back, tack-to-tack along the seam - but I had trouble with the tacks acting like a heat sink (even ground down), uneven heat along the seam, bad penetration, etc. Now I grind the tacks down and go back over to finish, but I don't weld over a previous tack anymore - trying something a little different (see drawing). Still get some distortion but seem to get a better (complete fusion on far side) weld. 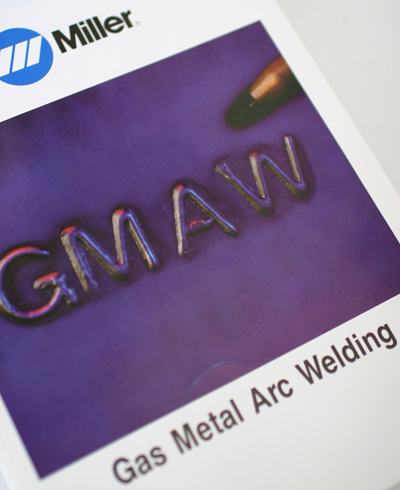 Boy - starting to sound like I should get a life... below diagram shows a few thoughts on laying tacks on a sheet metal butt joint. 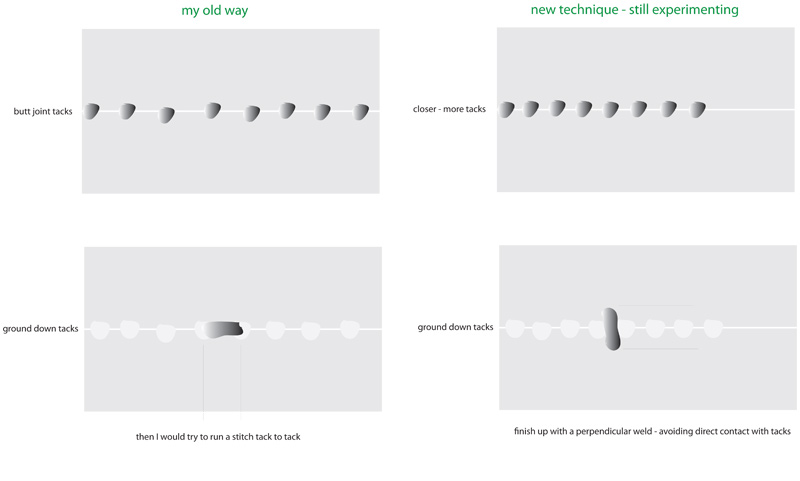