Another day - another patch - working my way around the truck. This is the driver’s seat front support area, window side. First found this crack when I bought the truck and did a temporary quick cleanup/POR15 of the floor. Didn't have a welder at that point. This part of the floor must get worked a bit from the movement/weight of the driver.

It also has the standard FJ40 “rust creator” support plate that was eating the floor from underneath. I’ll try to clean up the plate and weld it back on when the patch is in place. 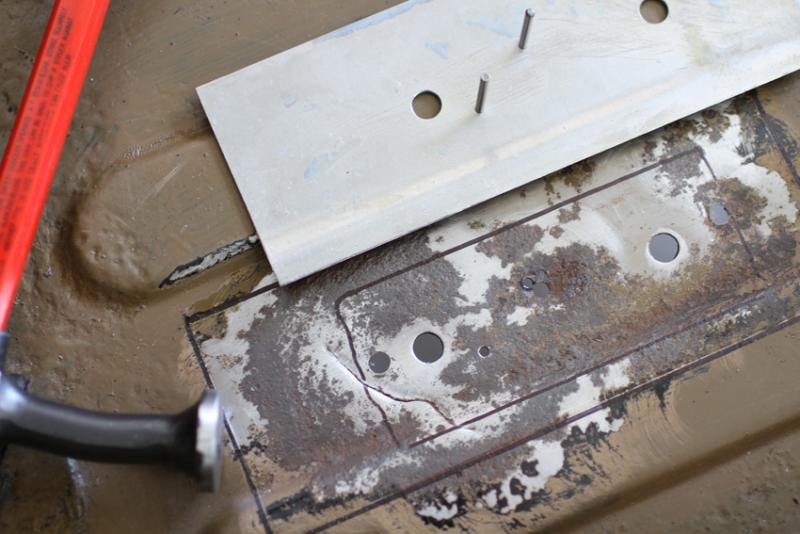 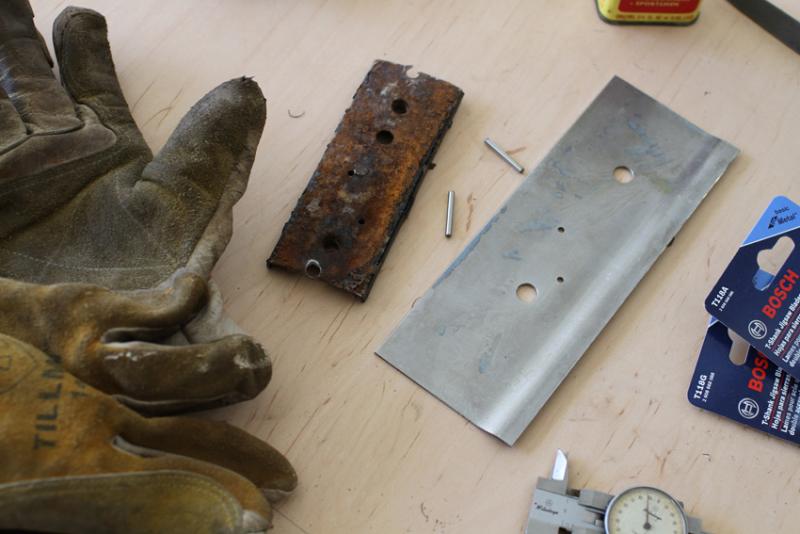 The dowel pins are kind of a machine shop thing - they’re also 1/8” so a Cleco clamp could be stuck in any of the holes if needed. It’s really helped me get parts like the wheel-well brackets, support plates, etc. back in the original location for welding. They get drilled/reamed first before anything comes apart.

photo 1 - Patch tacked in. I need to get a small brake (minimum) so so I can get my bends a little straighter

photo 2 - Took my doors off a while back and now people walking past the garage ask - “is that an old Willys Jeep in there”. 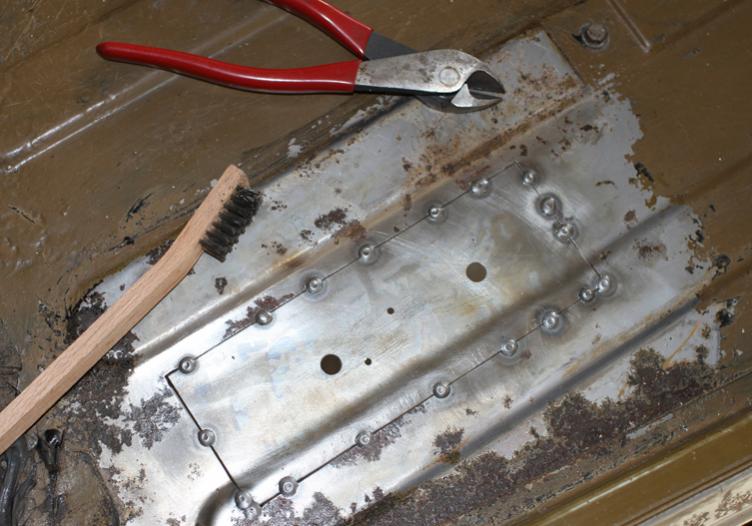 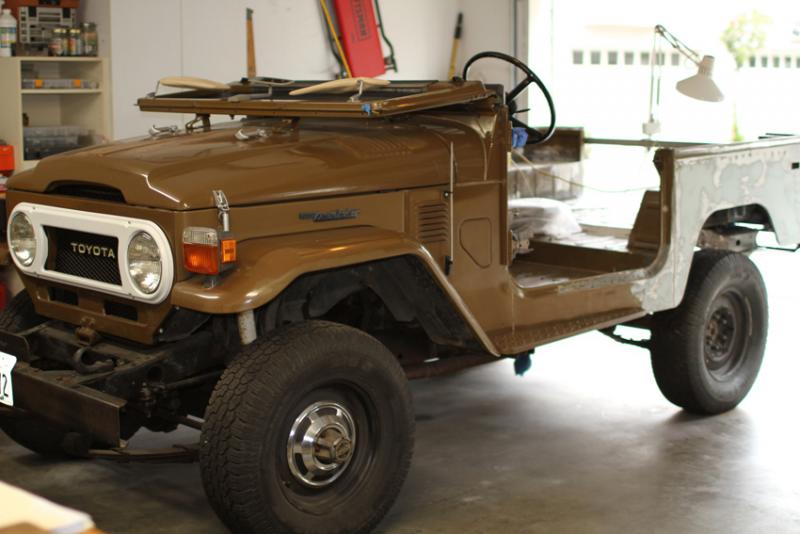 Funny how some of that old gray Toyota primer stands up. Maybe the primer was baked on at the factory or something but it won't come off that easily with paint remover, etc. This part had some of my old POR15 on it which just bubbled up and fell off, the original primer under the POR15 was a lot tougher to remove. Makes me wonder if just going with a good epoxy primer/sealer in future in place of POR15 might make more sense?

POR15 is supposedly made to go over cleaned and treated steel that still has some surface rust. Everybody says to put epoxy primer on "clean" steel. I'm beginning to think epoxy primer (depending on the product line) might be as good or better than POR (as long as the metal has been cleaned and treated). But I have heard some epoxy primer lines (like House of Kolor) react badly to steel treated by some rust removers.

Cured epoxy primer seems to add more protection than rattle-can weld primer and still be weldable - where POR15 is a mess (and toxic) around welding. So I guess POR15 could be best used when some rust is present and you can't get the steel really clean, blasted - like down inside a rocker seam with surface rust, etc. and as long as you don't need to weld. 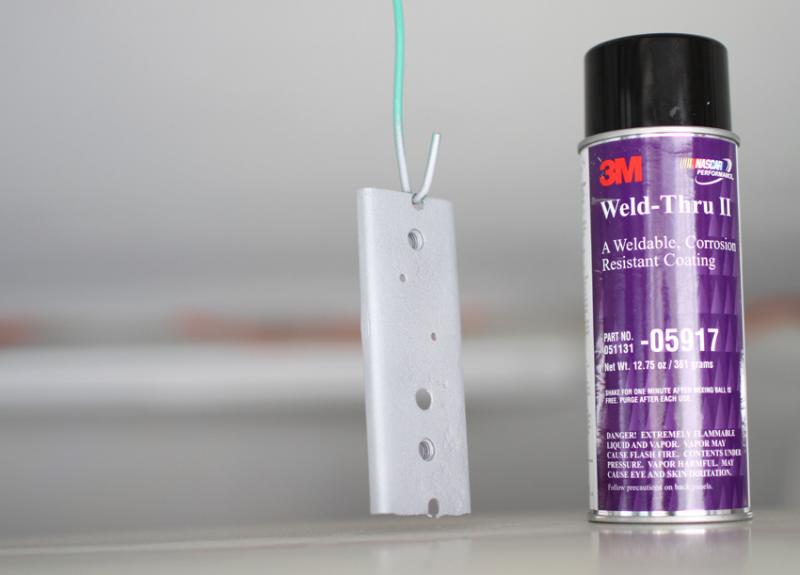 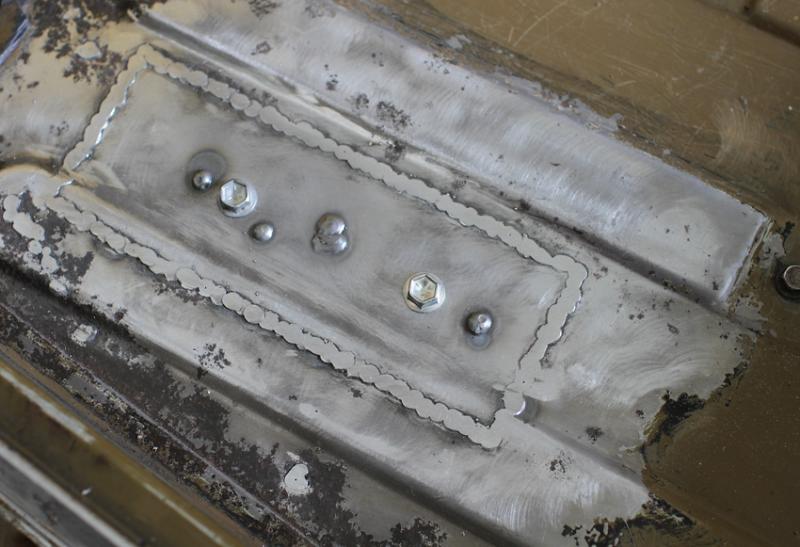 Another bump repair behind the driver in the rear seat mounting area - the top of that big body tube. Looks like driver weight/movement opened up the seam and a good chunk of rust developed over time between 2 spot welds. 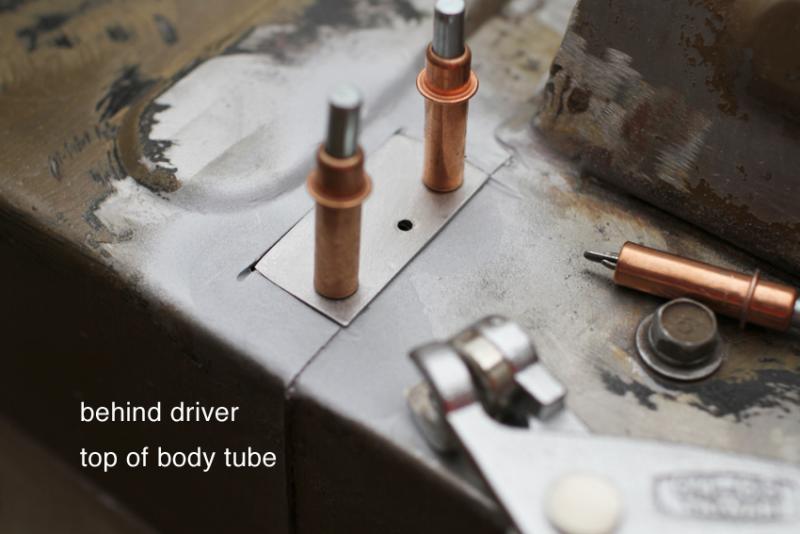 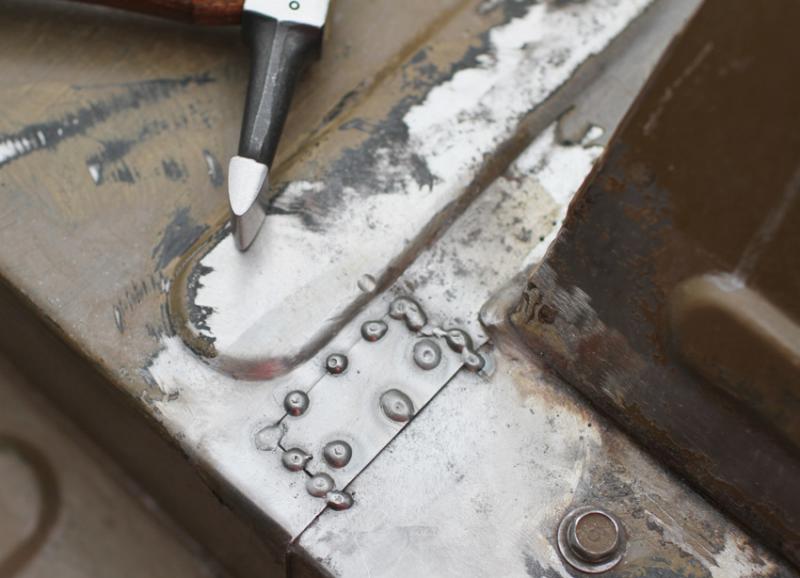 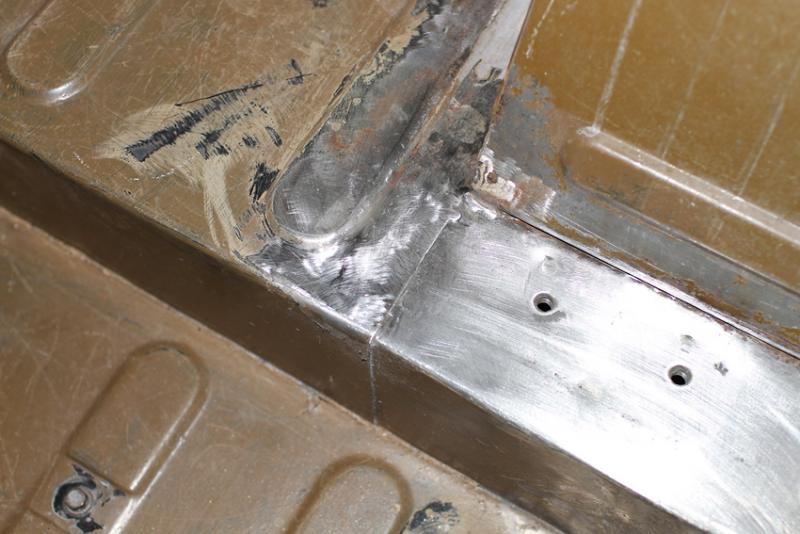 One piece at a time. EP with rattle can on top. Jack floor bracket found on eBay.

Finally getting around to a proper patch on my trans cover. At some point I banged out a patch based on templates, which was saved for a this later "proper" welding fix. Early on I had done a rough clean-up of the floor areas without any proper steel repair work. 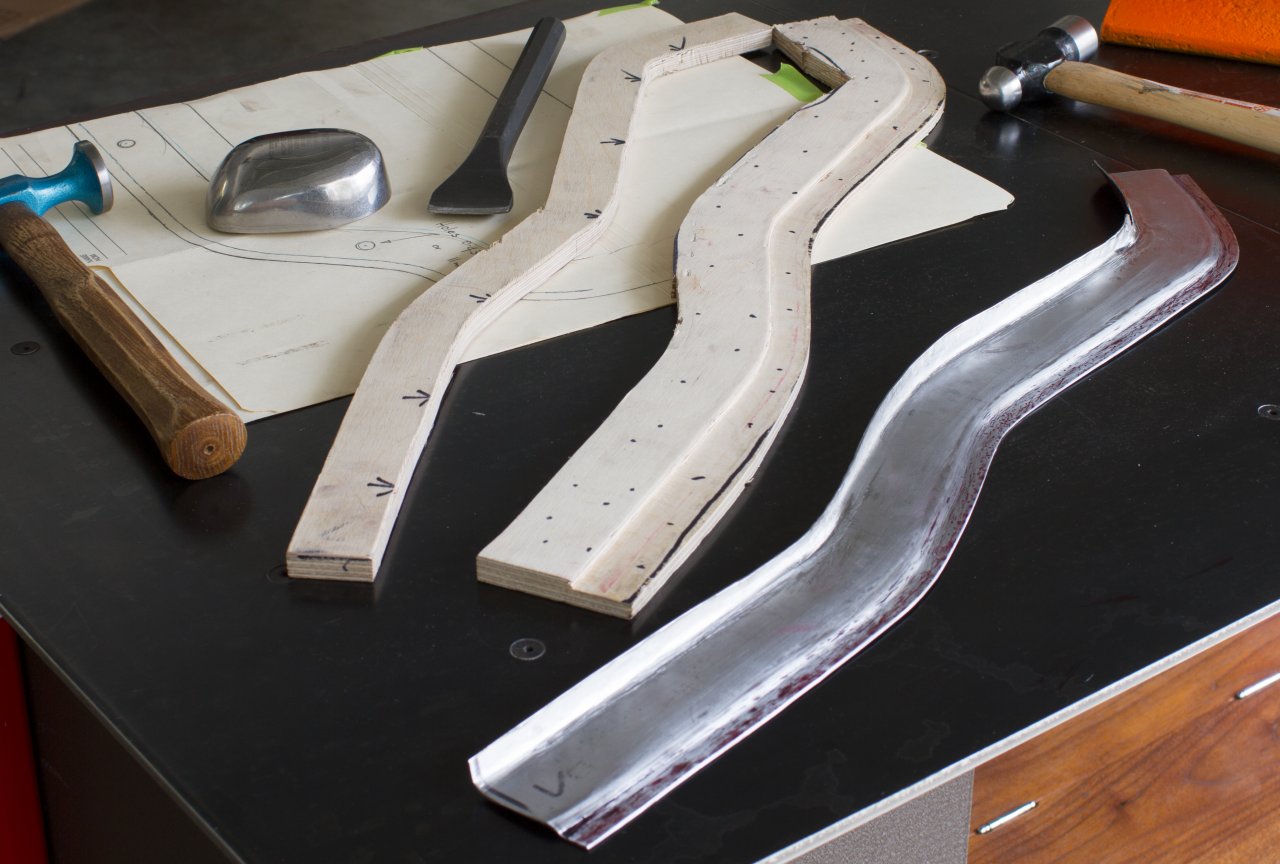 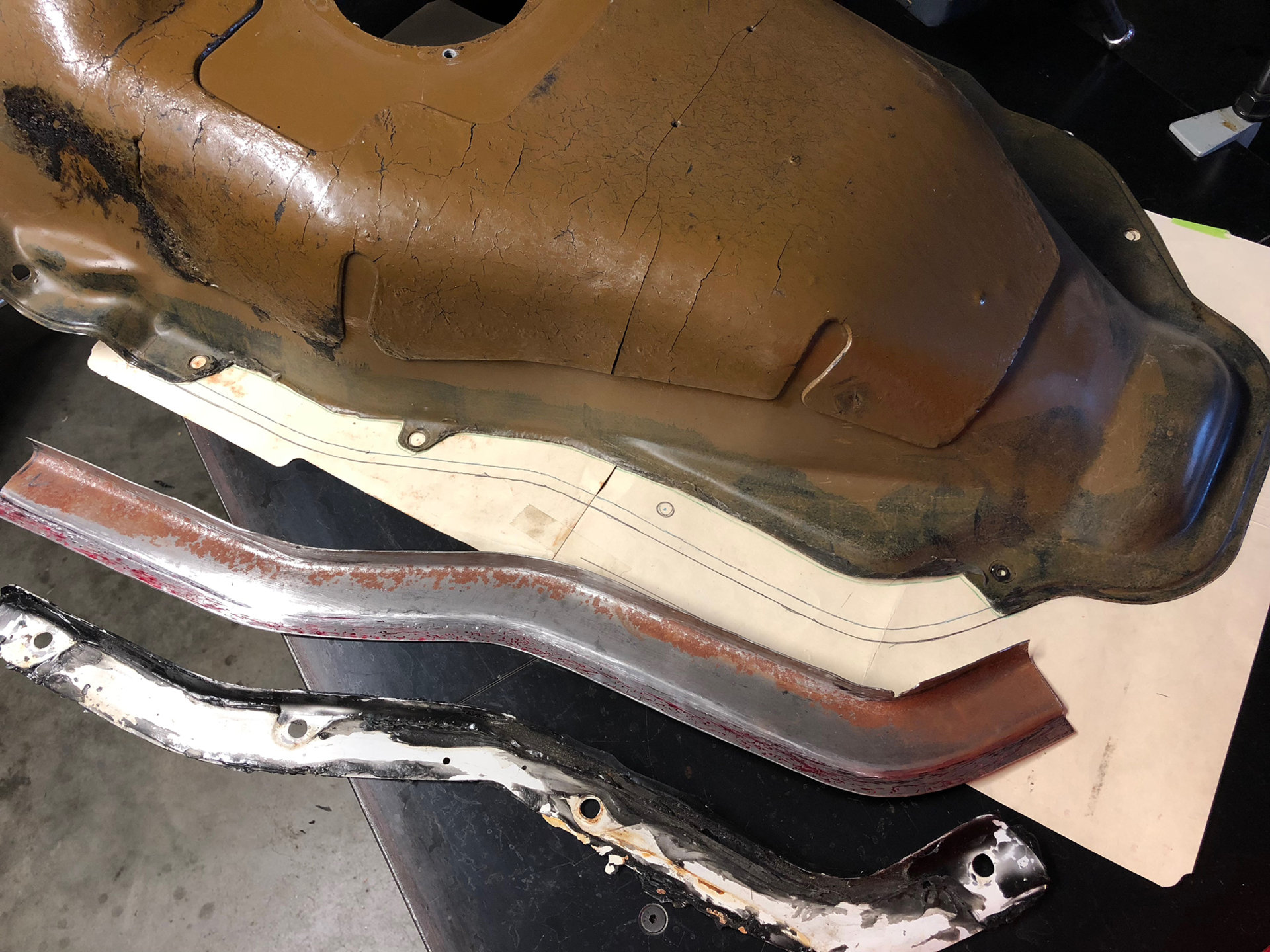 Some MIG tacks and lots of gas welding. 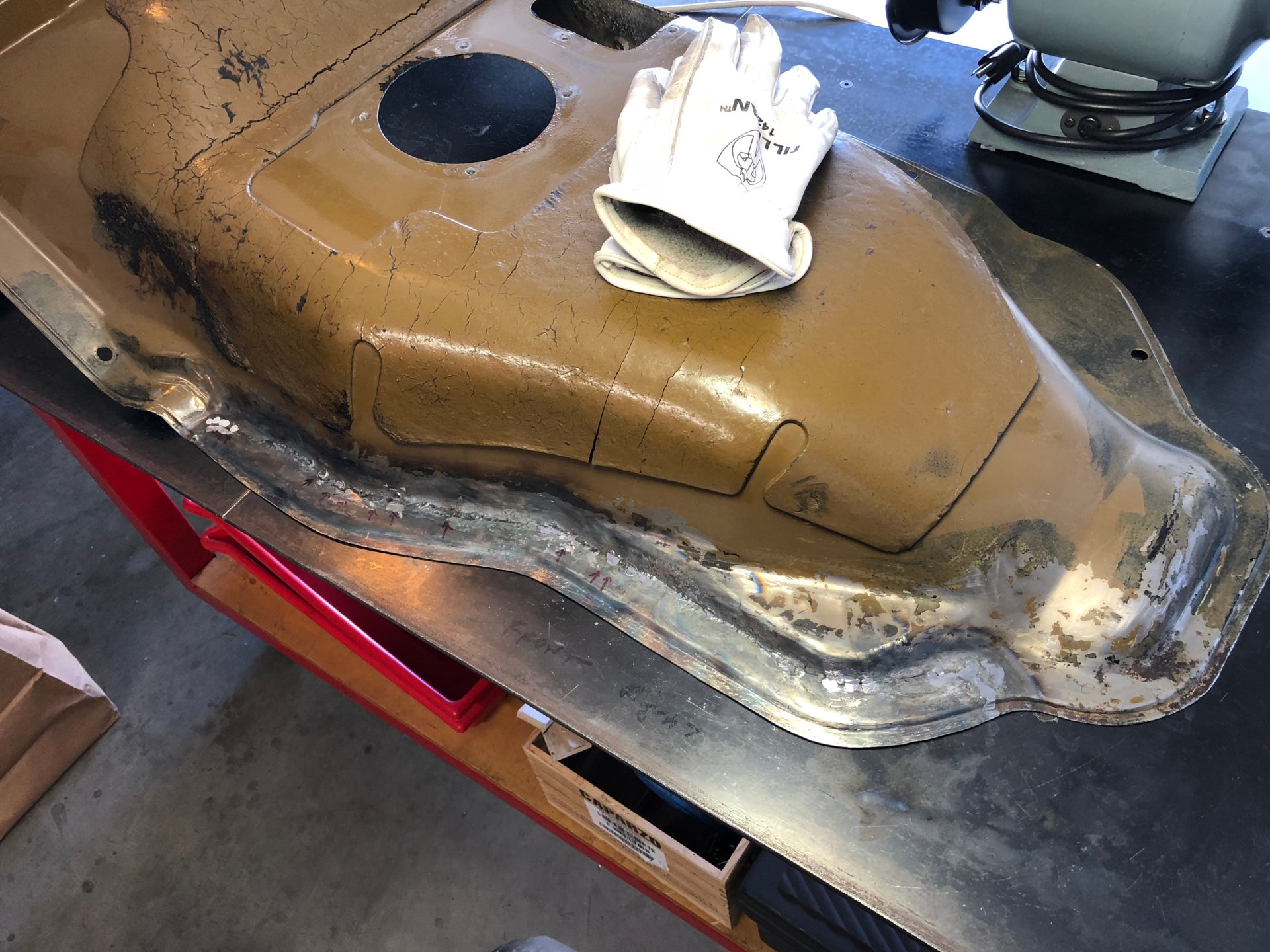 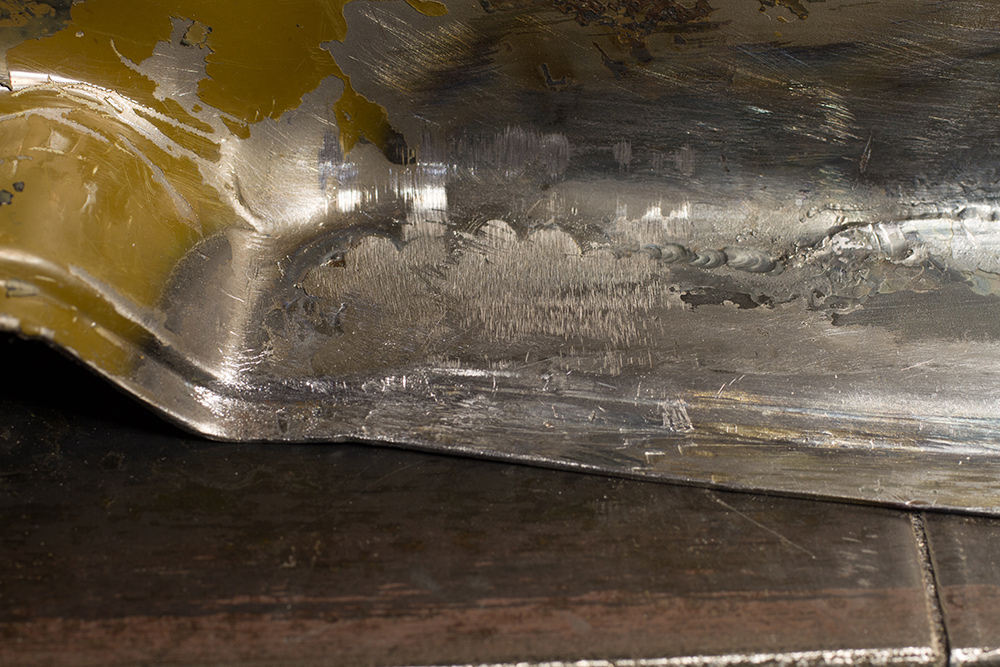 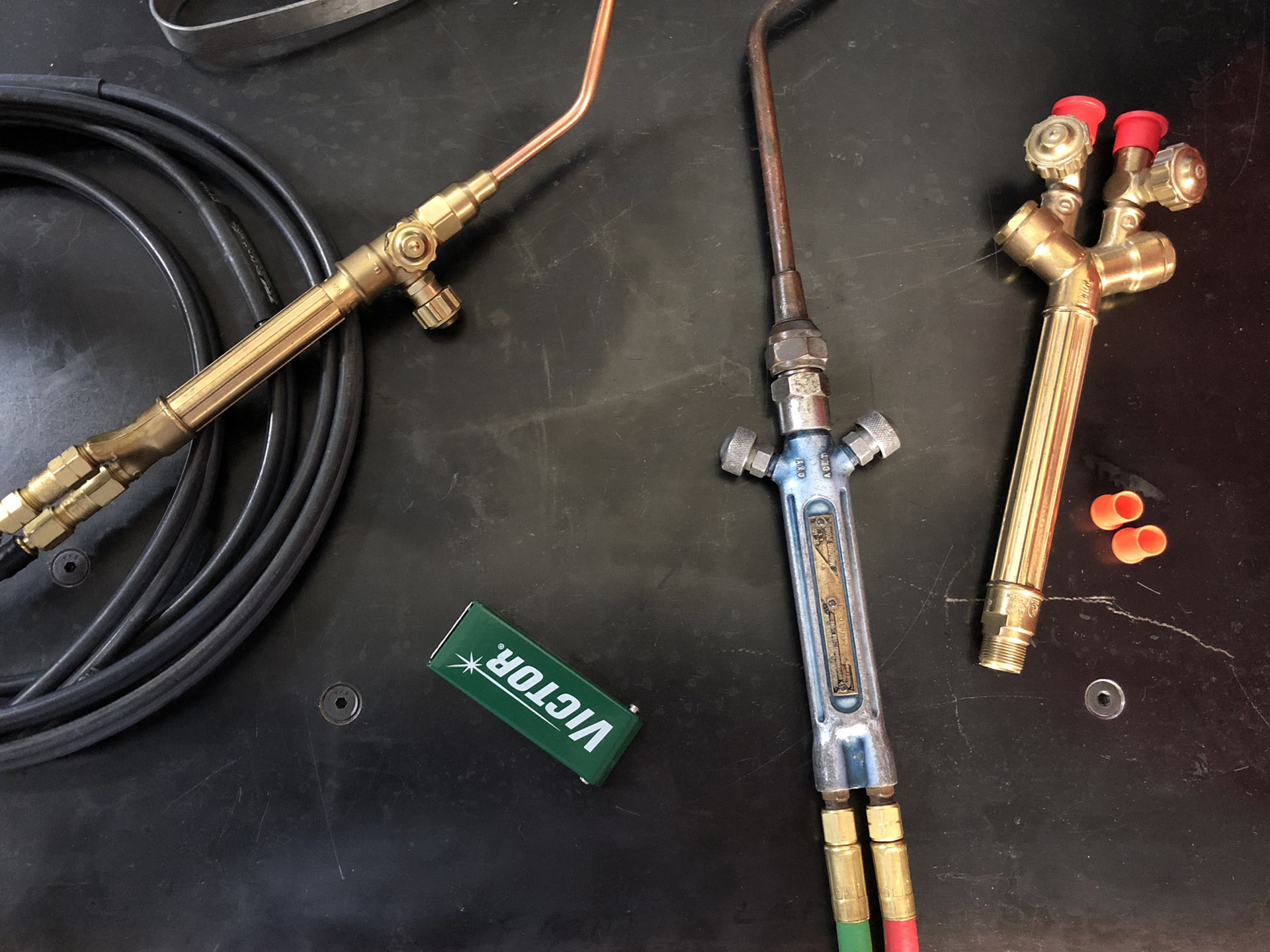 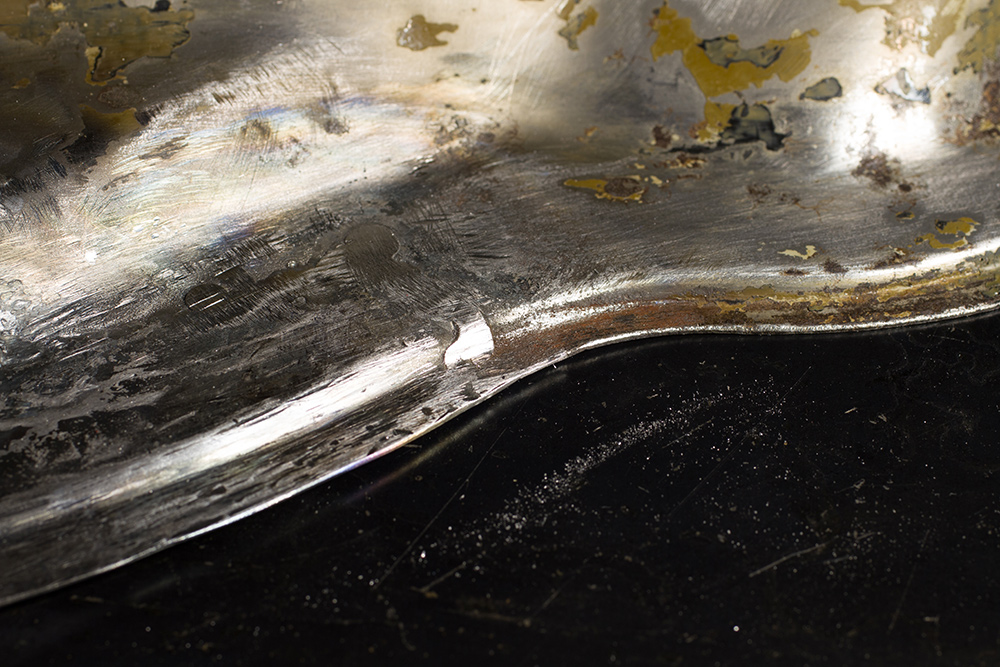 Beginning to patch a few "fresh-air" areas related to the Trans cover... 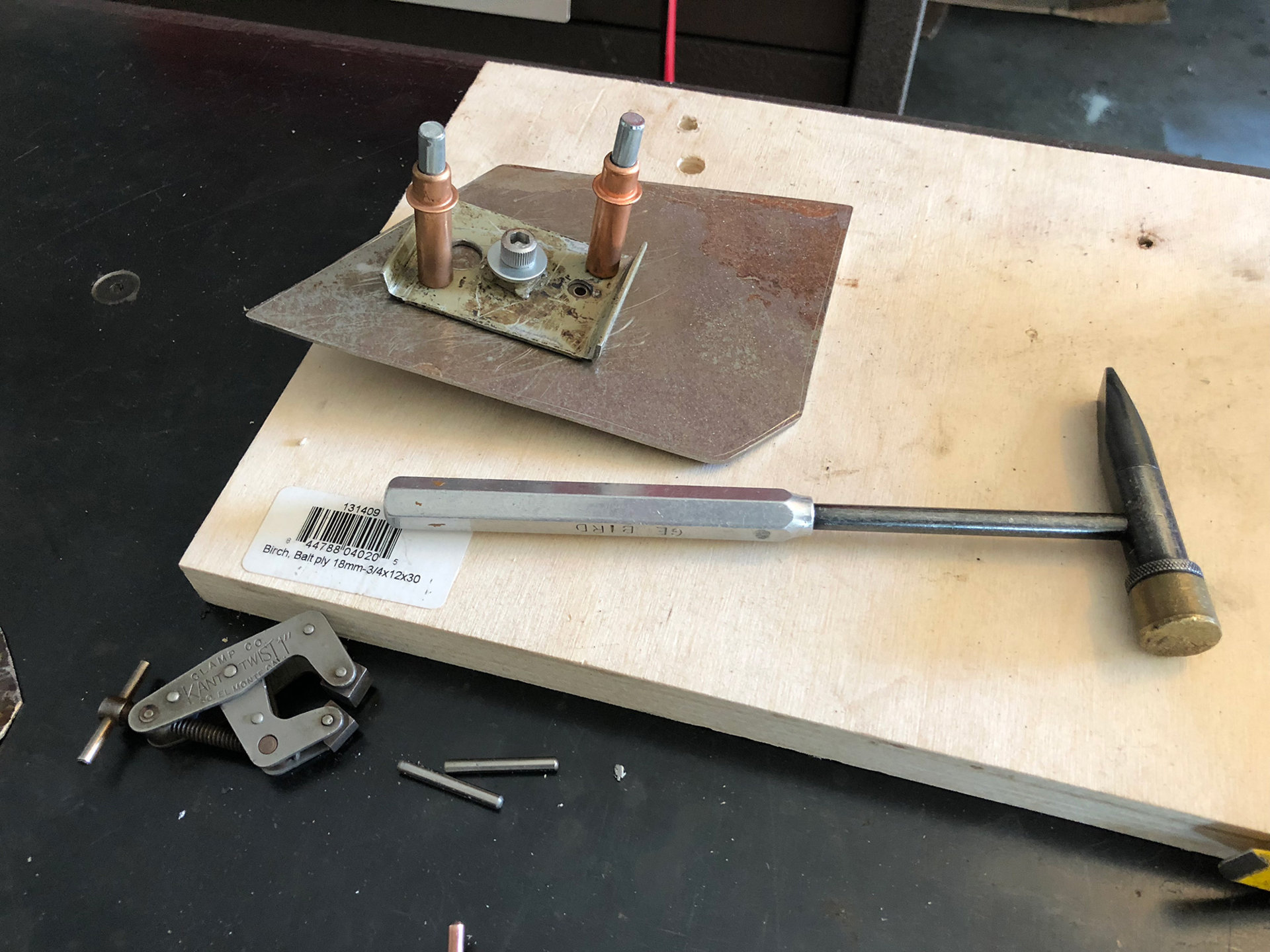 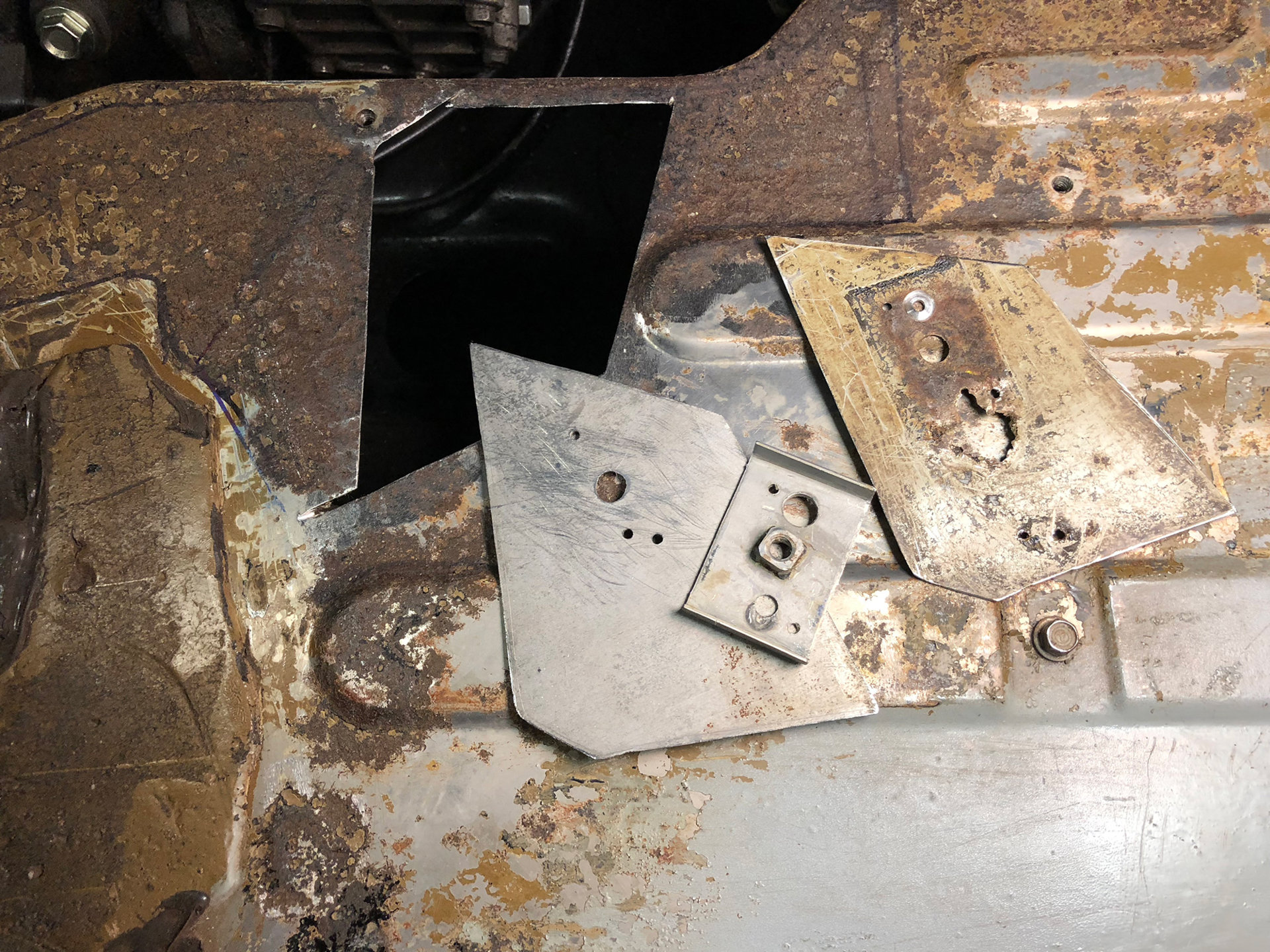 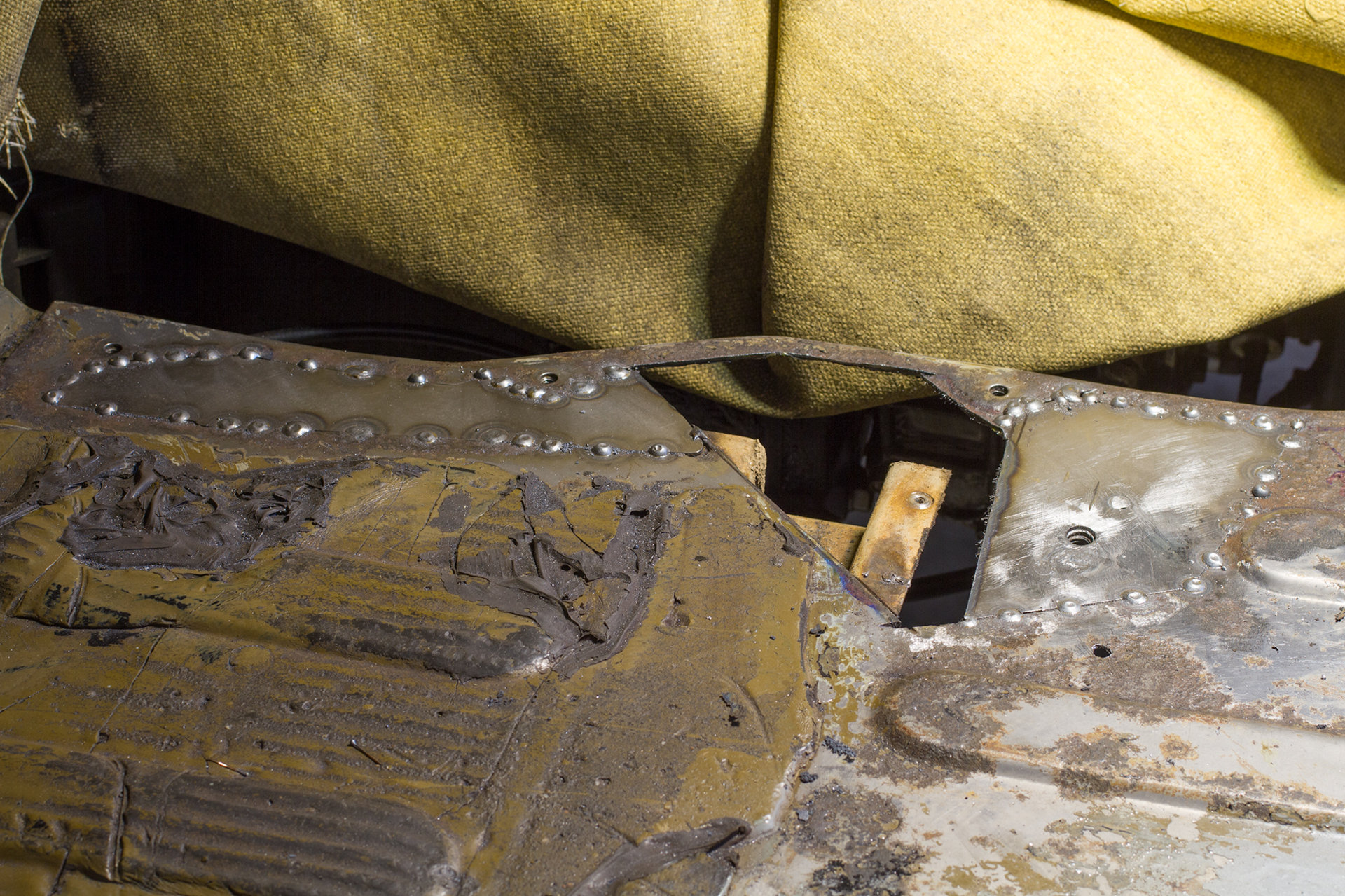 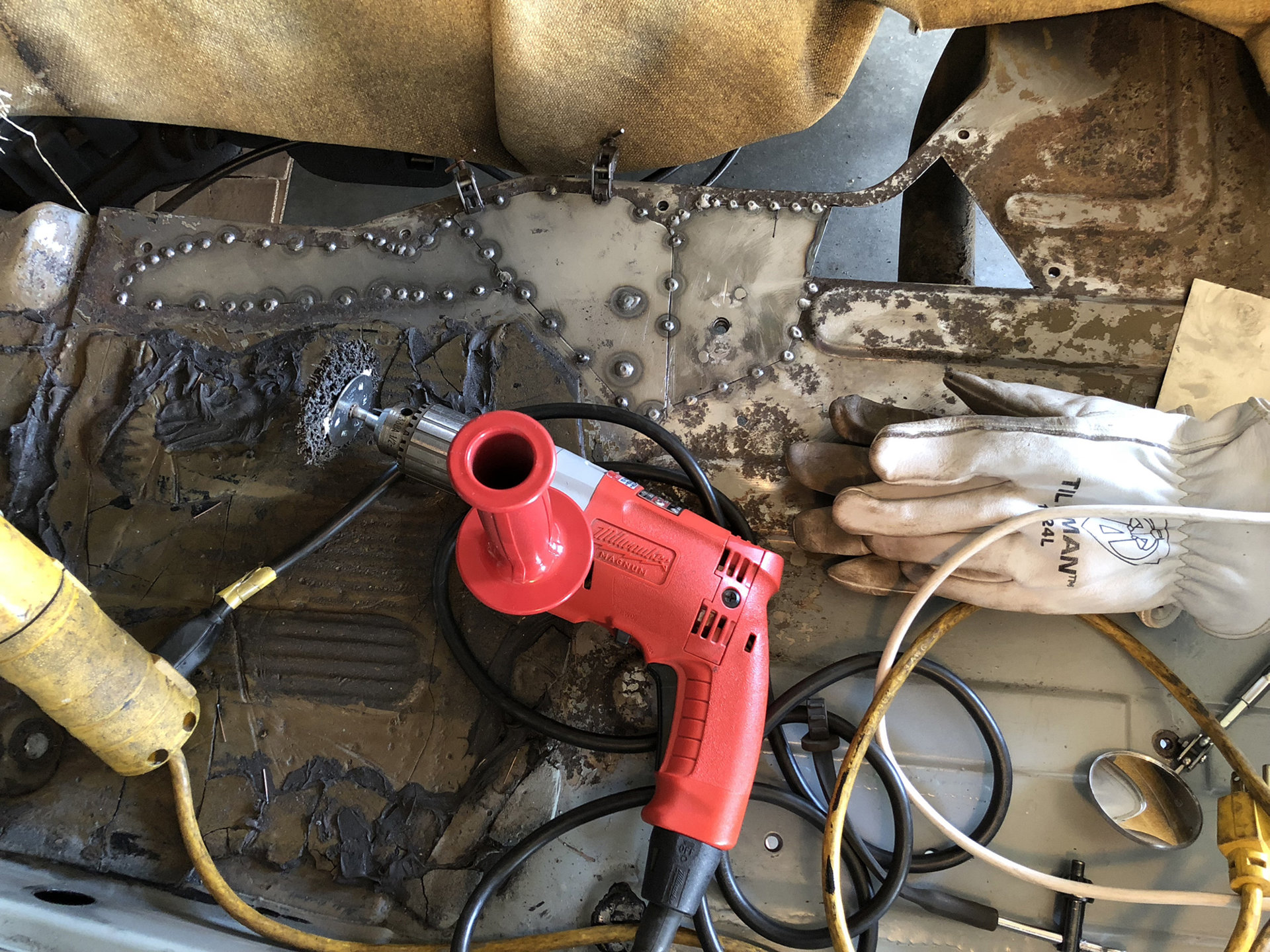