You can see rows of what look like rivets or spot welds on the hardtops of FJ40s and above the rear wheels on the quarter panels. These are factory spot welds that no doubt begin to corrode the day they are first welded. A factory thing, it's anyone's guess what type of primer was applied to protect these hidden enclosed weld areas. Lower, on the tub, my 78 had “dimples” above the rear wheels on both sides in the tub to rear wheel cover join seams. Usually when some type of repair (see green photos) has been done you can see no spot welds as they've been covered up with body work. Mine had big dimples on both sides, corrosion happening at the seam join and a sign of cancer inside.  In this case it looks like larger rubbing tires at some point caused the panel to flex at the seam accelerating the corrosion. 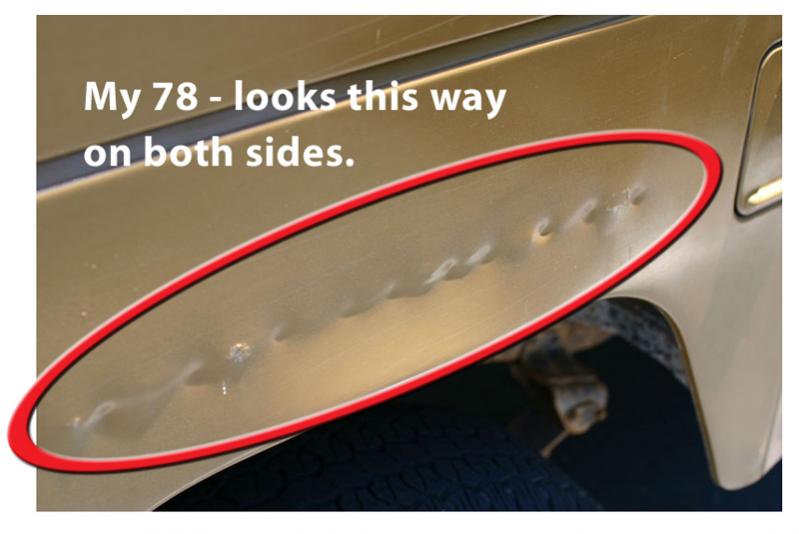 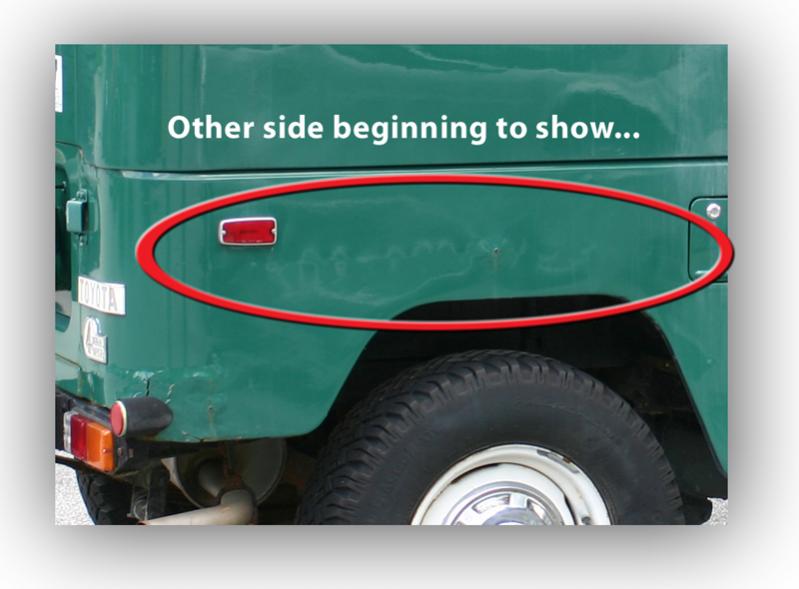 This green 1977 lived in Vermont and I would visit it whenever I was back East. The owner said the PO had used it only as a snow plow in the winter. It looked, when I first saw it, original and perfect, to my inexperienced eye. A few years later the rust was coming out of the Bondo and it was falling apart everywhere. 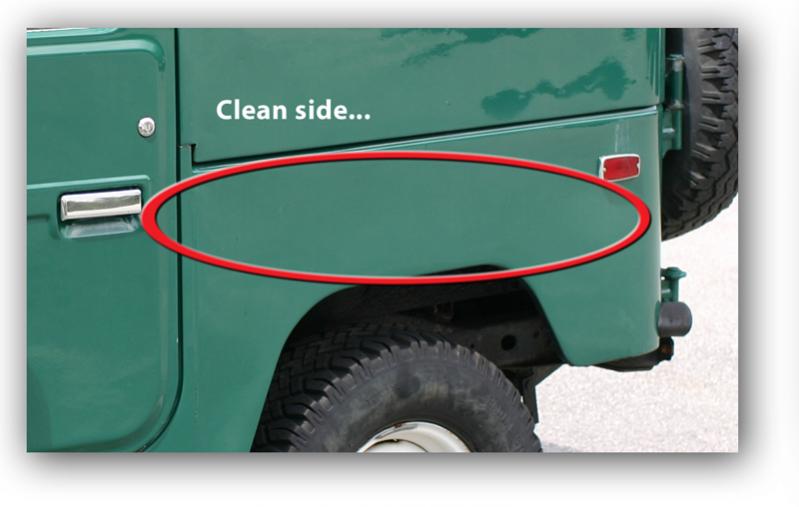 Cutting out the corrosion, removing what rust I can on the wheel cover seam and treating with Metal Ready (POR 15 stuff). Then a bit of weld primer (in the areas I don't need to weld). I plan to later hit the new seams with POR 15 and then seam sealer (top/bottom) before painting.

Using 4 patches (18 ga) per quarter seam. More work but I didn't like the idea of cutting out a large part of the quarter and having everything move around.

Everything at the tacked together stage - I may try to stitch weld from the inside. Time will tell. Worst case I'll scrap the quarters if things don't come together. Of course the grinding will take forever ... 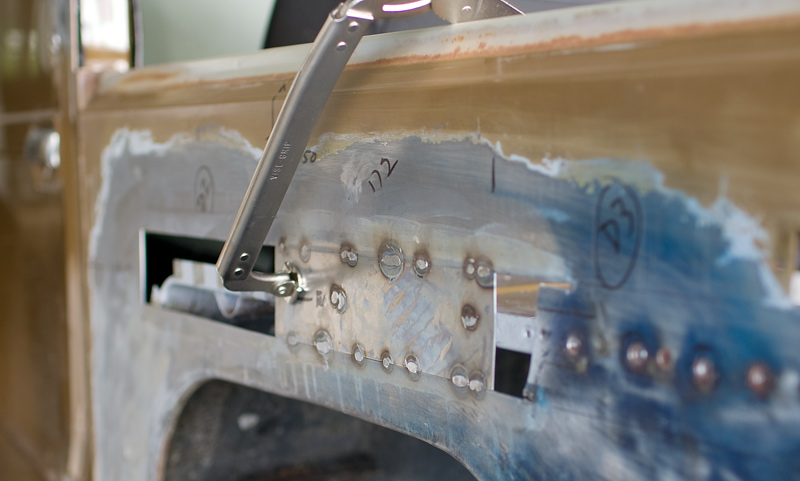 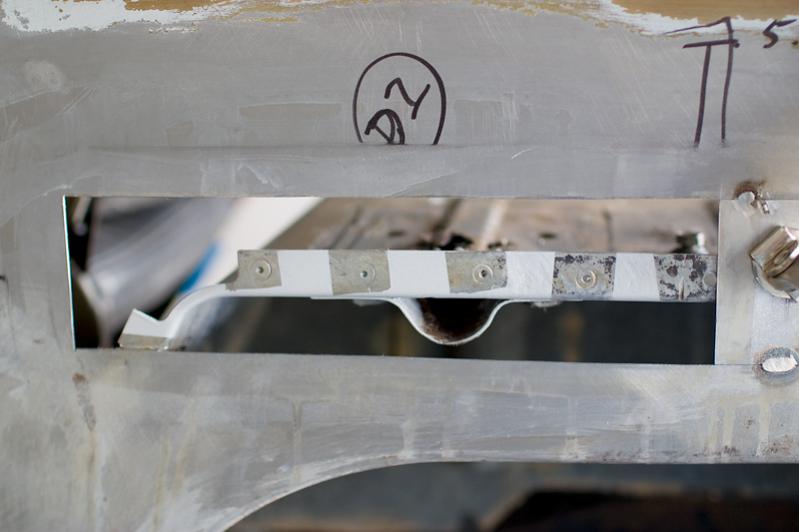 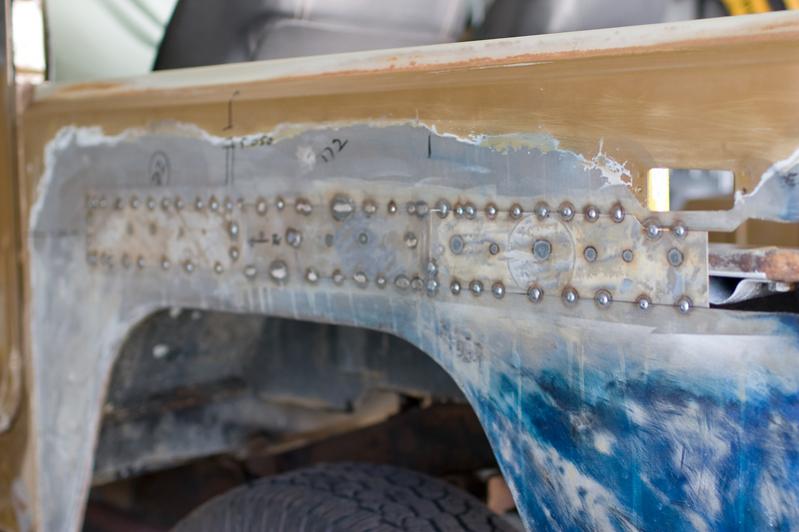 Corrosion on the rear curve seemed the worst ... 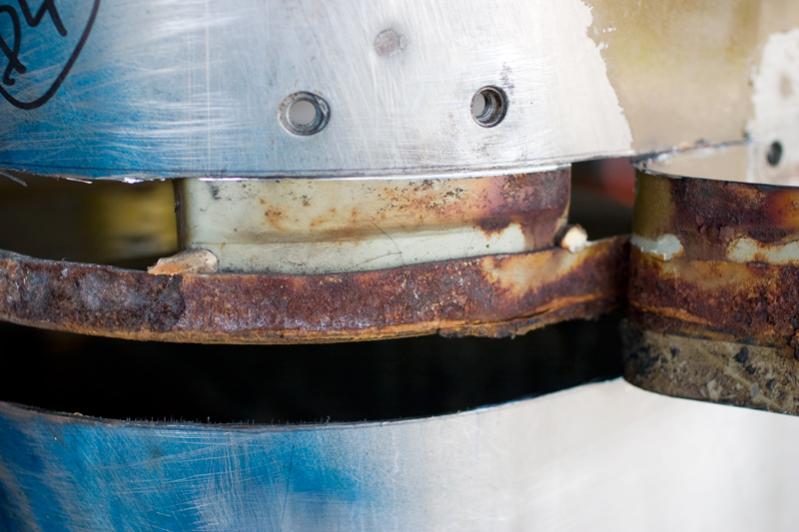 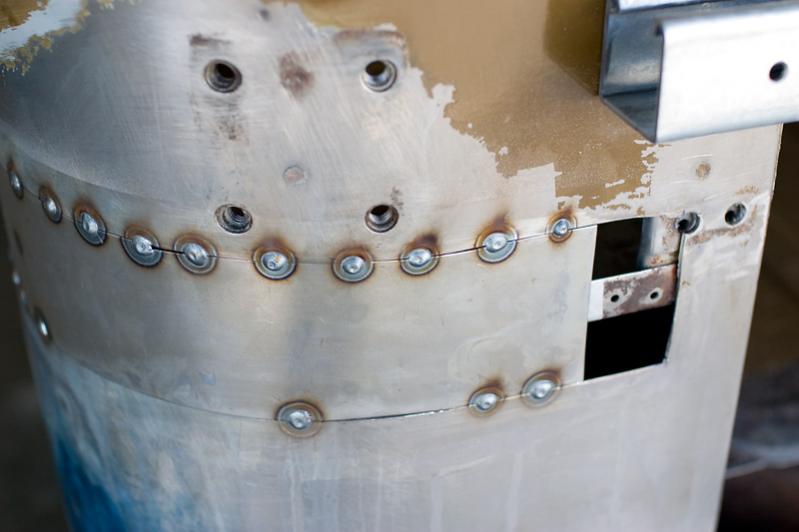 Passenger side tacked up... 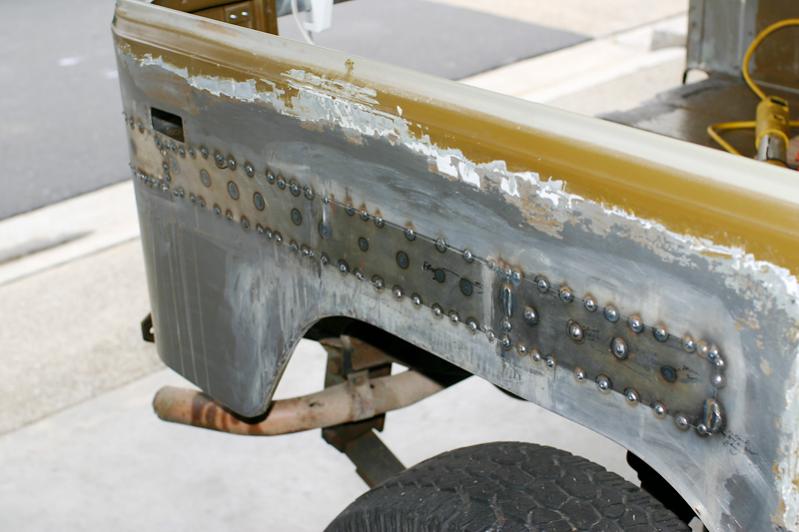 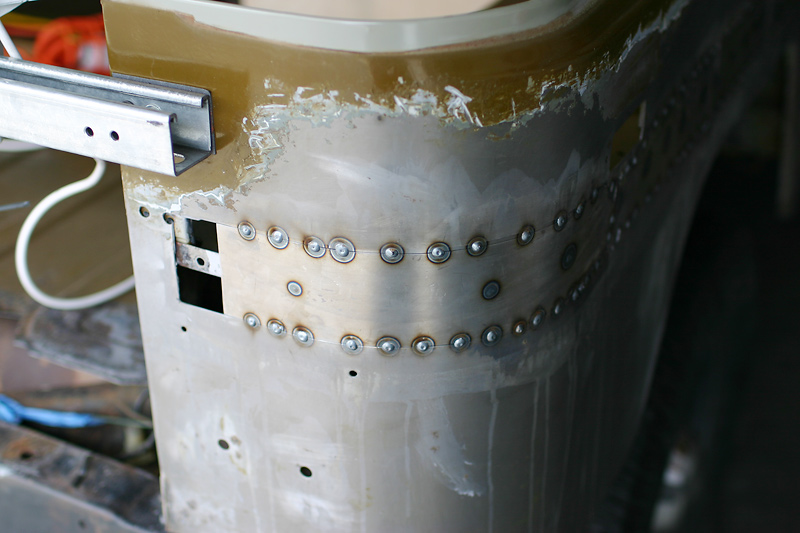 Driver's side quarter radius area was toast. I kicked around a few ideas. Thought about a wood hammer-form but didn't think my woodworking skills were up to the task - and building the form would have been a lot of work.

No shrinker/stretcher/brake stuff in my garage. Ended up bending a piece of 18 GA to the radius, using a hammer and wood blocks to "brake" the 90 degree lip folds and then welding in the original lip around the curve/radius area. Looks like it might work at this point.

One can buy these patch panels aftermarket but again - who knows what you get, and you still need to do the mounting holes, etc. 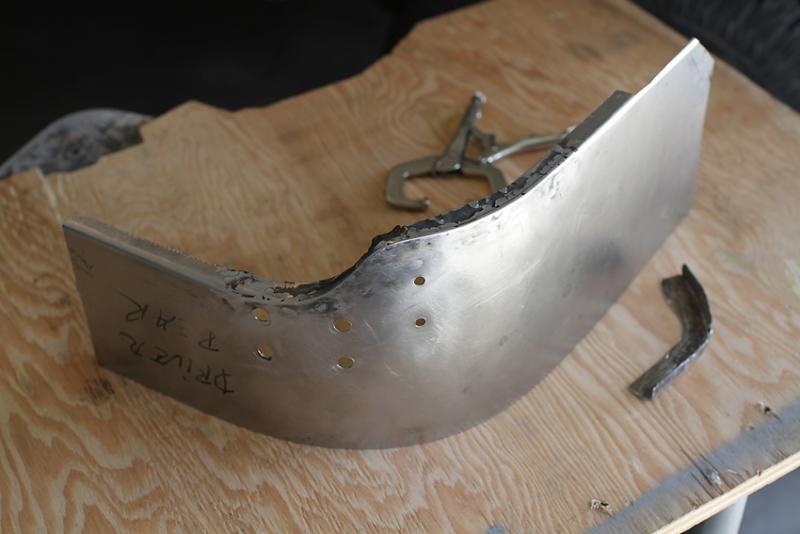 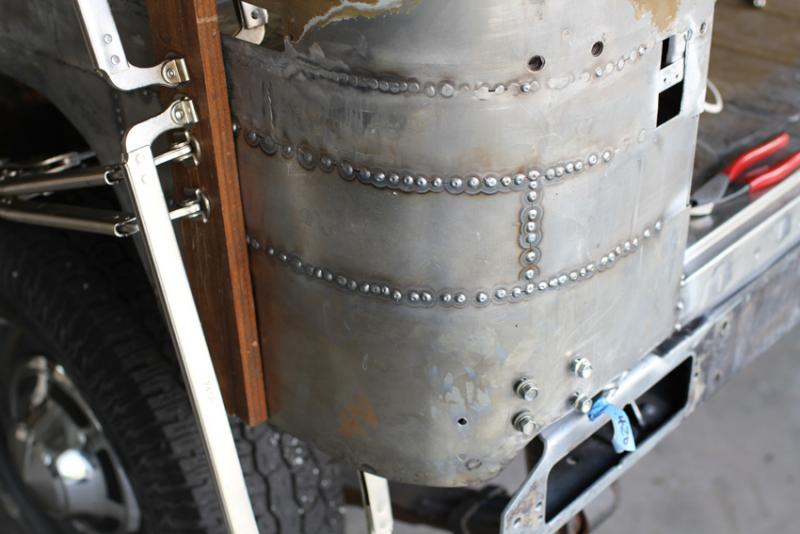 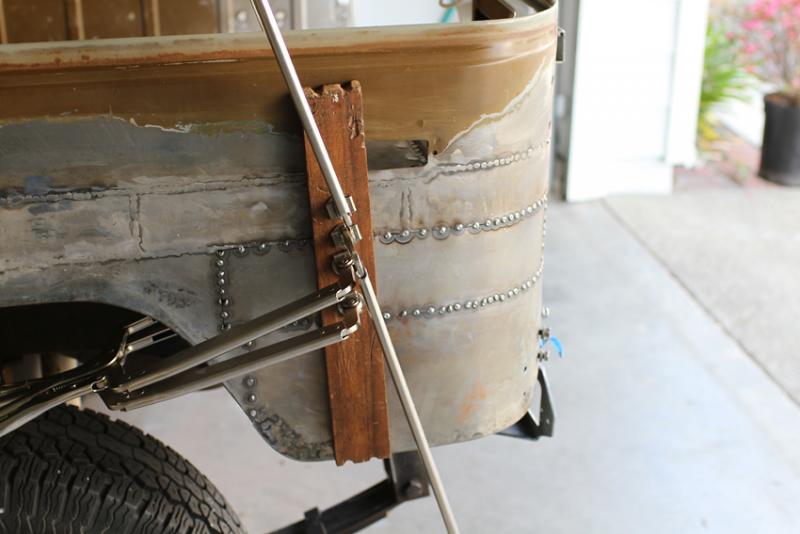 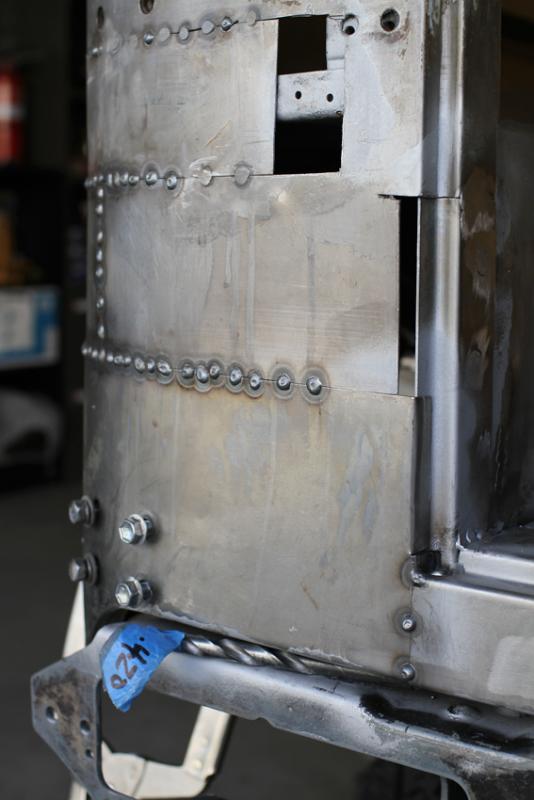 Lots of grinding and been trying to use hammer/dolly to get the metal patched areas ready for final prep work. Hard to tell from these images but I've been pretty pleased with the results. The MIG welds do seem somewhat "workable" after the fact. Still got some tapping around to do. 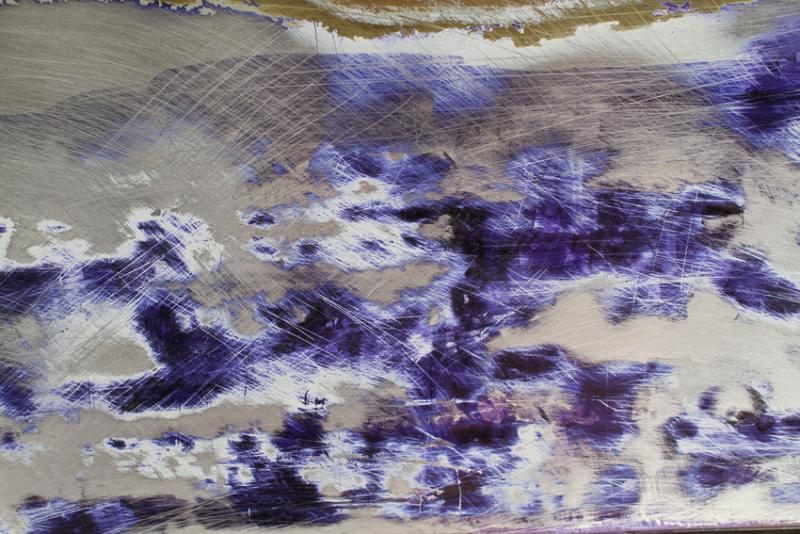 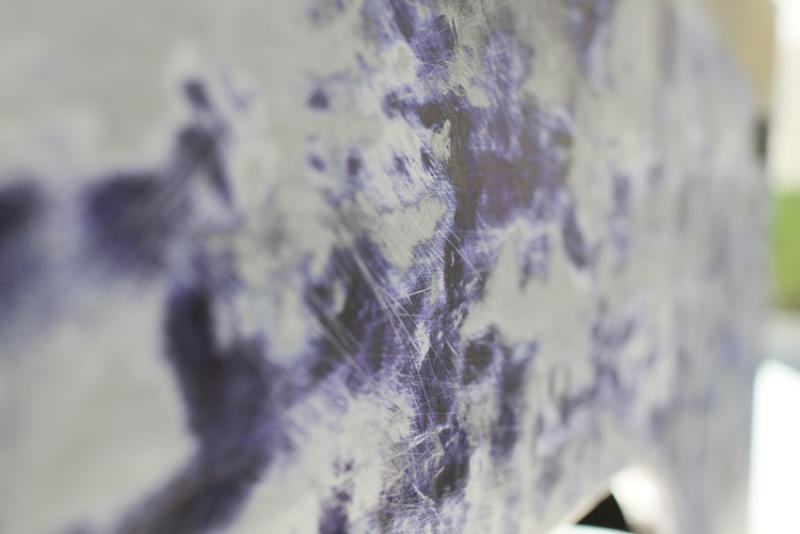