October 30, 2008 - I’m pulling my center arm housing apart in an attempt at a systematic approach to tighten up the steering and eliminate wandering. The PO had at some point messed with a rebuild of sorts. Had a new lock bolt on the rusty top plate, new looking grease nipple and the housing was all banged up in the lower seal area from someone trying to pry the arm off I guess. Also the 2 mounting bolts with loose nuts had the nuts assembled on the outside of the frame, the bolt heads were inside the frame? Never saw much play/movement when turning the steering wheel but adjusting it (big top plate nut/lock bolt) never felt right.

When I pulled it apart I found a broken-off copper-color piece (old bushings?) in the tab area (housing/cavity) – looks like it was left from the rebuild - just hidden in the grease. Someone may have pulled the old worn bushing and slapped a new one in without cleaning anything. I can’t really tell if was affecting the adjustment. Parts don’t seem too worn. I’ve cleaned everything, stripped/painted the housing, scraped some rust off the top nut/lid, and tried to clean up the banged-up housing seal area. I only found one seal, but the parts diagram shows 2 (which I ordered)? Any comments on the wear shown in the photos would be appreciated.

The tab on the bushing should be drifted into the housing cavity on assembly (to keep the bushing from rotating). The tab already has a slight off-center bend to it. 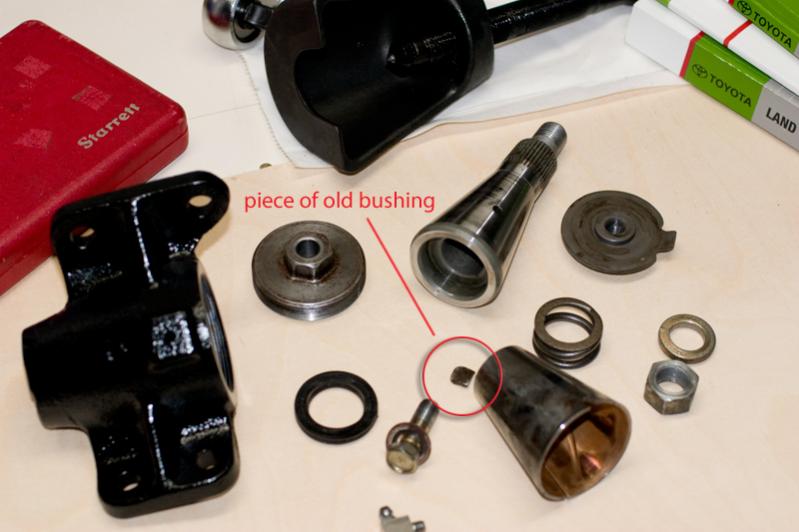 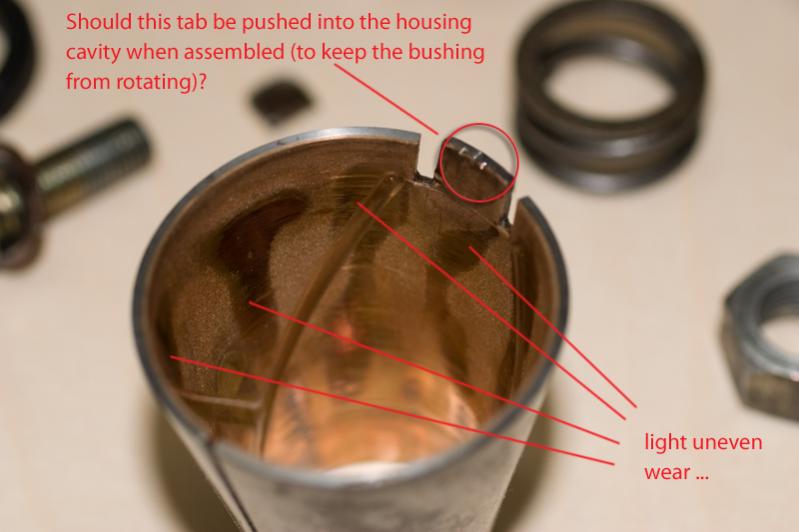 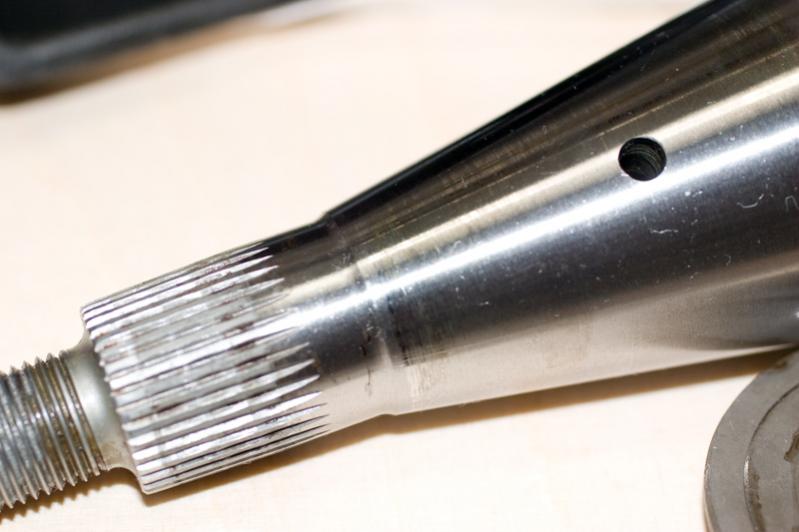 One seal or two - may be a felt washer no longer in the rebuild kits? 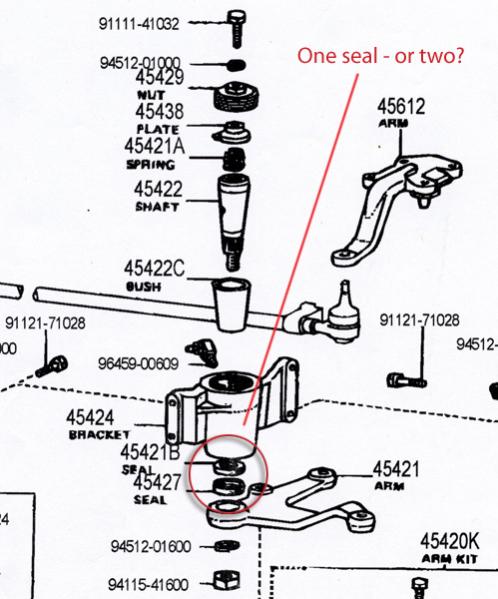