Got a 3M paint mask and picked up some PPG DP50LV epoxy primer and hardener that I'm going to experiment with in some hidden areas where cosmetics are not so important. Thought I would use a brush to begin with, test out some curing/welding issues and work my way toward spraying a little at some point down the road. 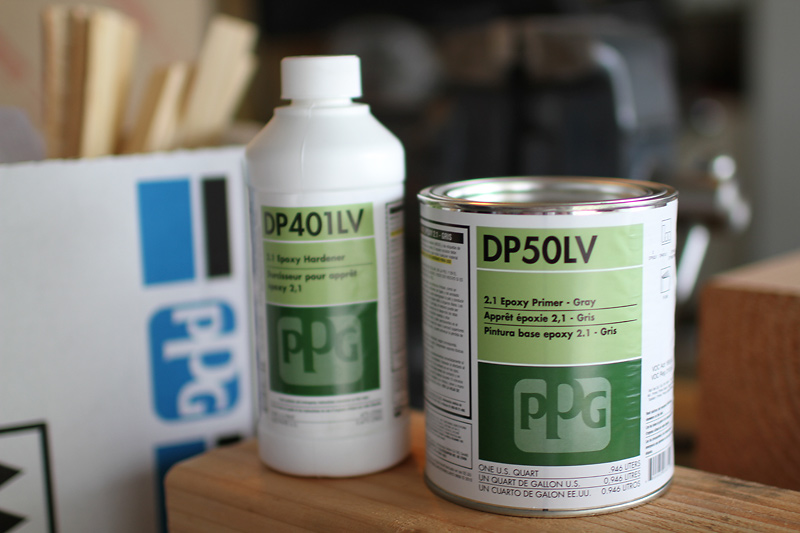 This primer (DPLV) is apparently the newer politically-correct stuff - the reducer was not like the older stuff on the shelf, which he said would not work with the DPLV. I've heard/read a good number of people knocking these new paints and the protection they offer (compared to the older paint systems) but according to him they've been used in Europe for a good while. Anyway, they still seem pretty nasty as far as safety issues, etc. 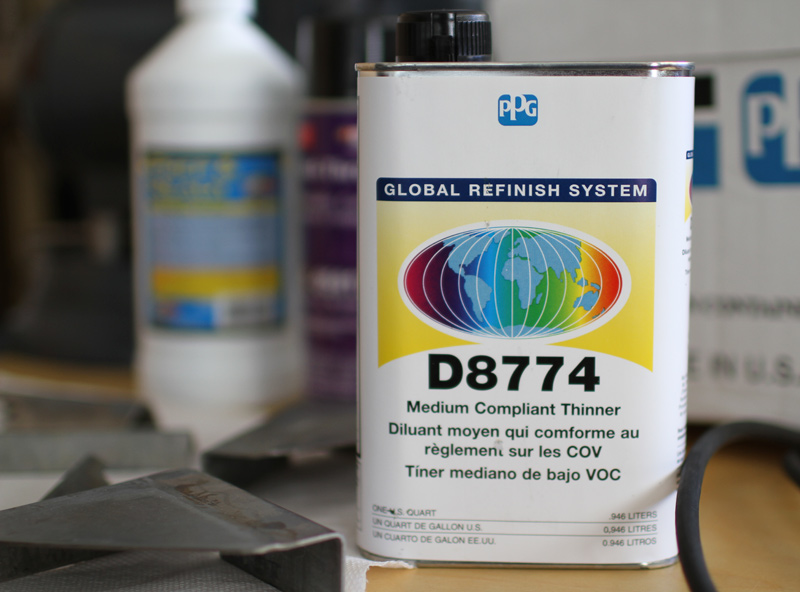 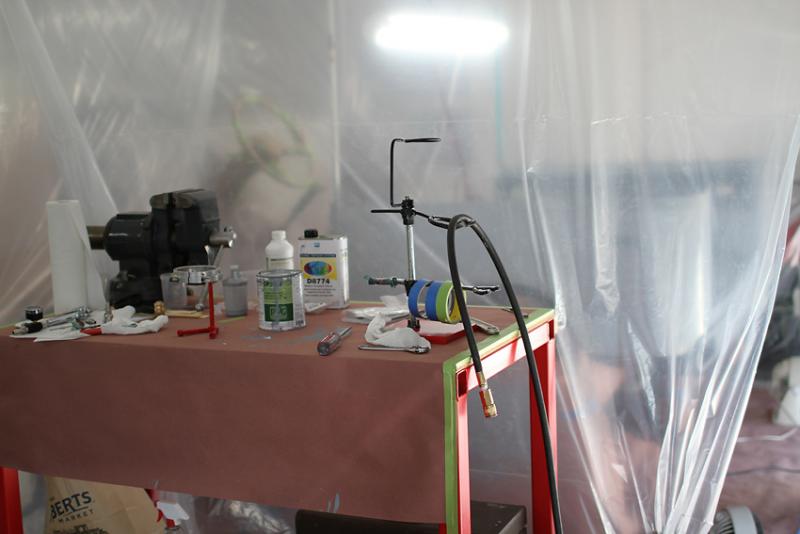 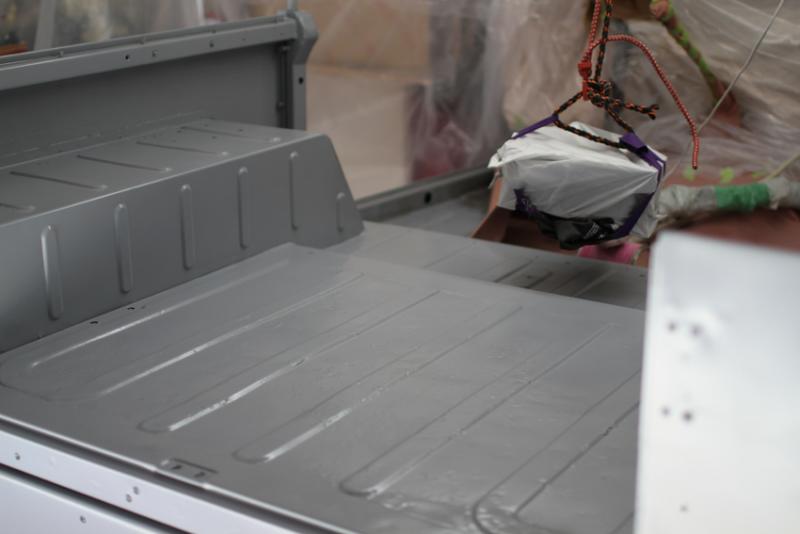 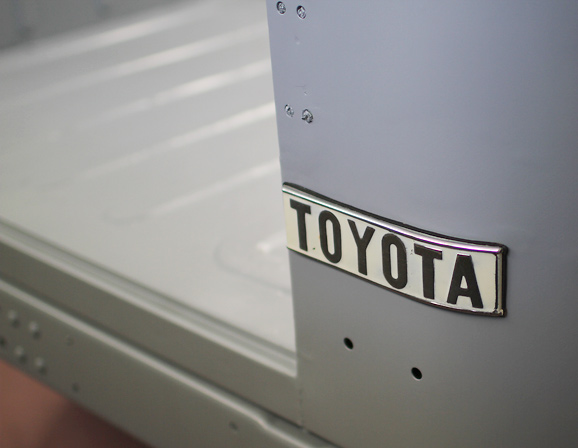 Update on the 653 Olive paint debacle.
Took my driver's side door in to the local paint guy this morning. They used the camera on the door and the computer said they could actually come closer than nastier paint I was driving to Salinas to get for a better match. Also I guess this stuff (as your friend said) should be around/available longer.

Looked good on the computer screen but when they mixed some up it had that familiar mis-matched green cast. So Pete went back and did some hand tweaking and I think they got it pretty close. I think he said he pulled the green and some yellow out. I know Omni is not the high-end but he says it's really decent and I want a single stage I can touch-up and spot paint with. It seems this stuff needs a few coats and/or less reducer (spec - 4-1-2) to cover well. Picked up a pint to try and will report back. I've attached the mix. 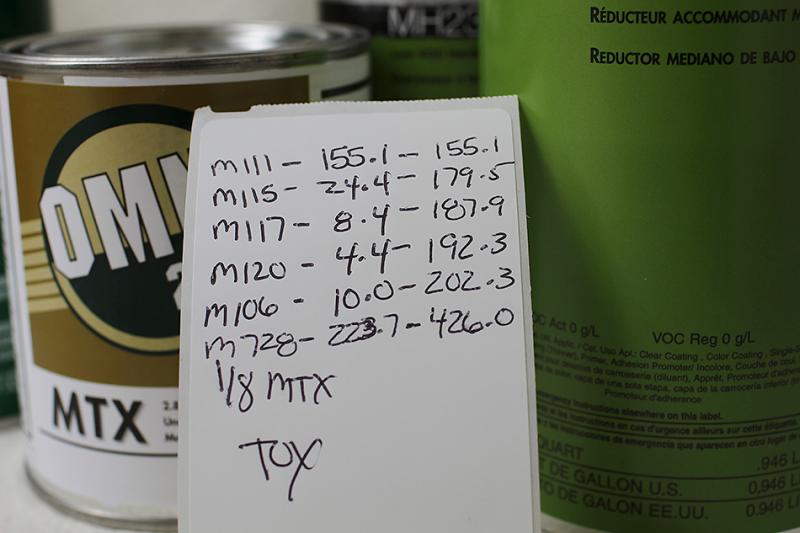 Off white for top trim and front bezel. 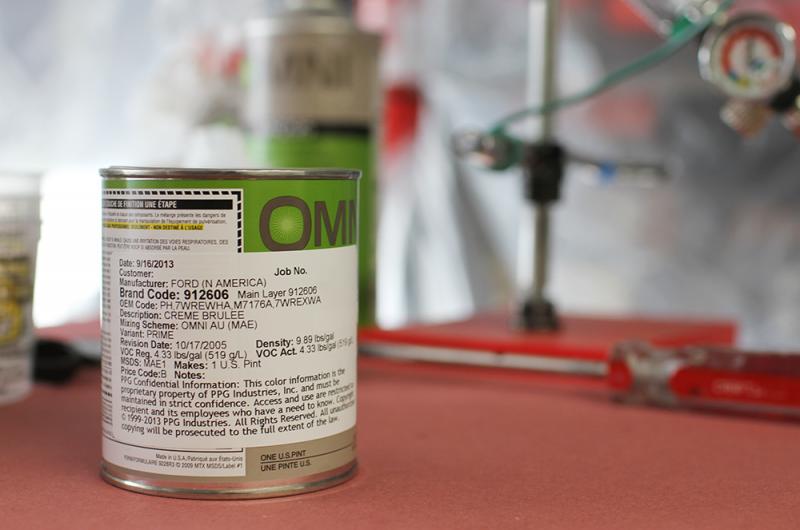 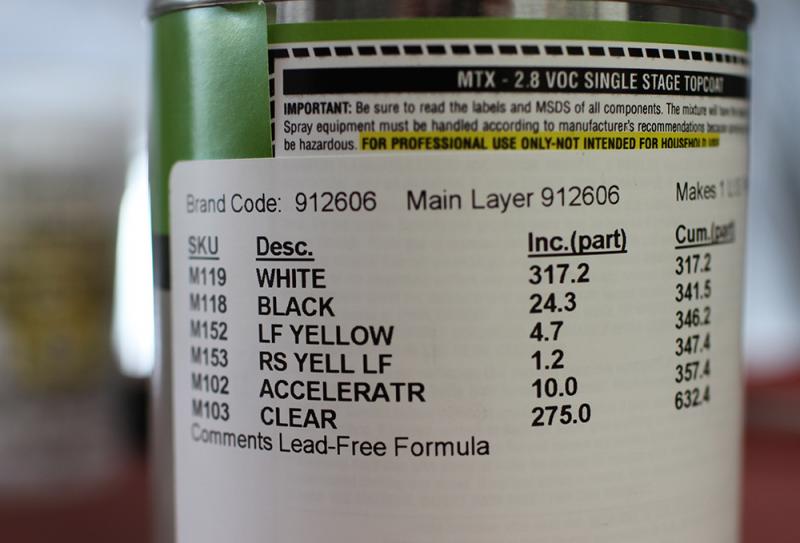