General body work leading to another trouble area at the front of the driver's quarter panel by the door. This area apparently took a minor hit when the PO had the rear fender-bender. Lots of rust around the inside rocker panel bracket support, etc. 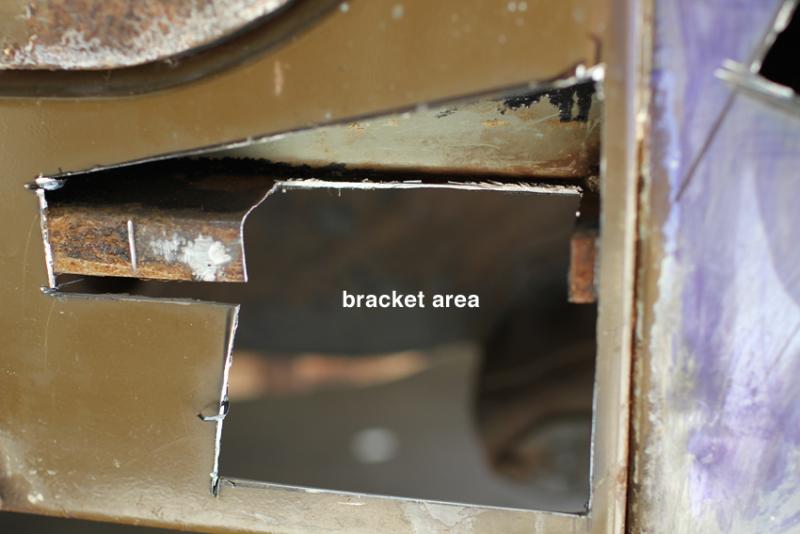 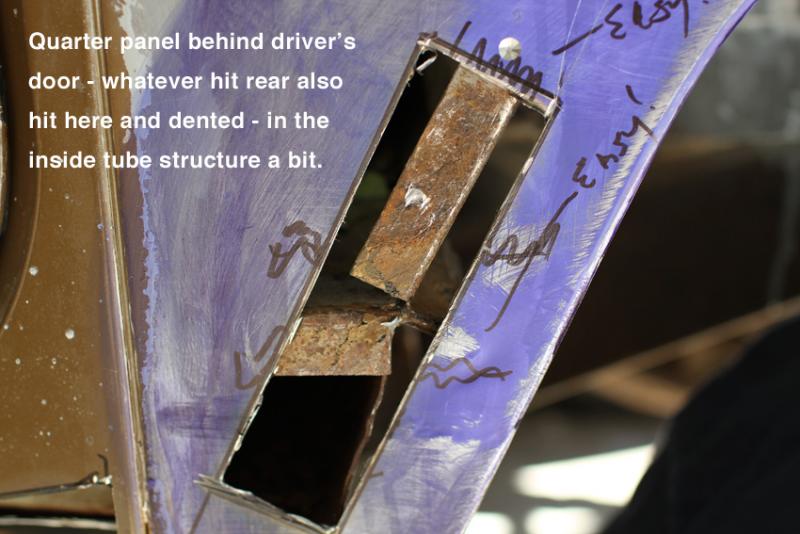 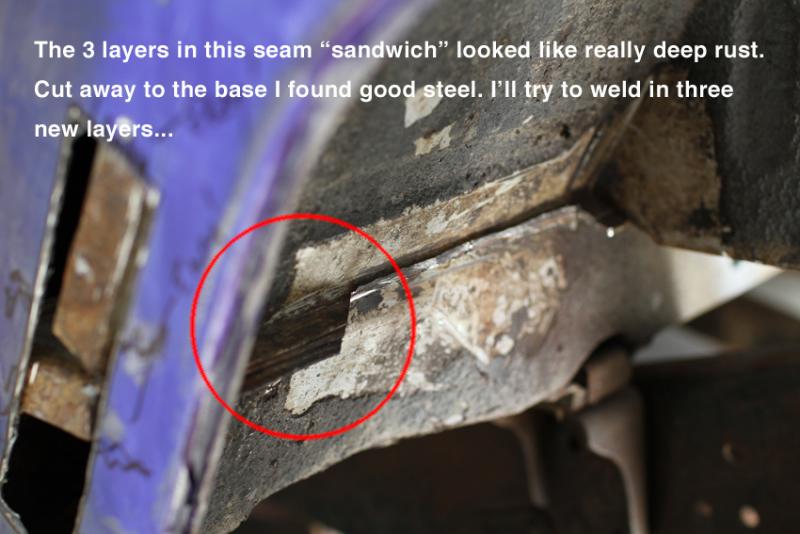 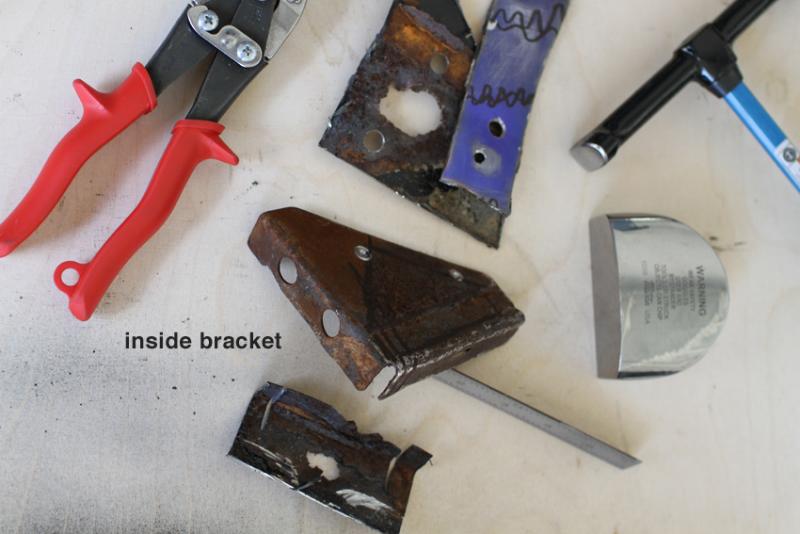 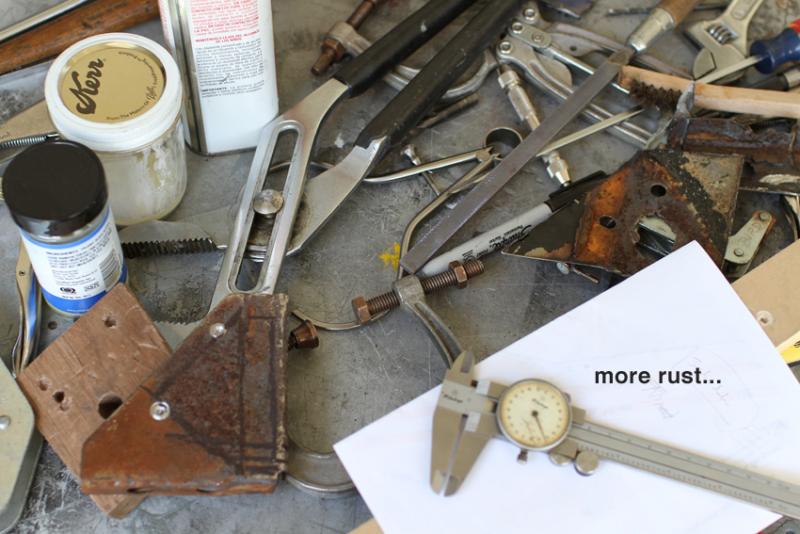 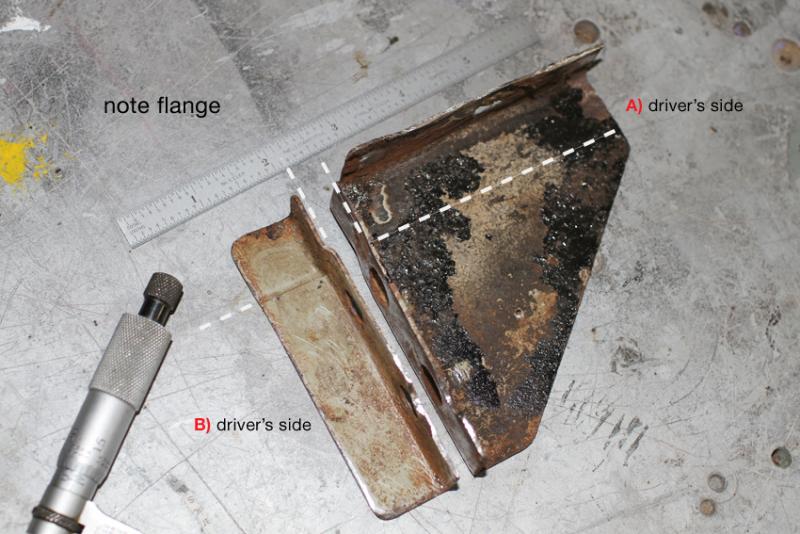 "A" below shows the passenger side bracket where it's lived bolted and welded to the tub. 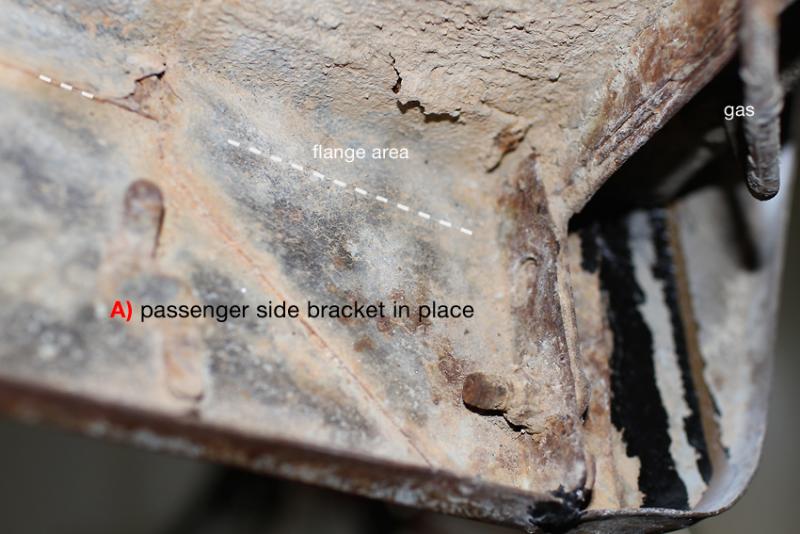 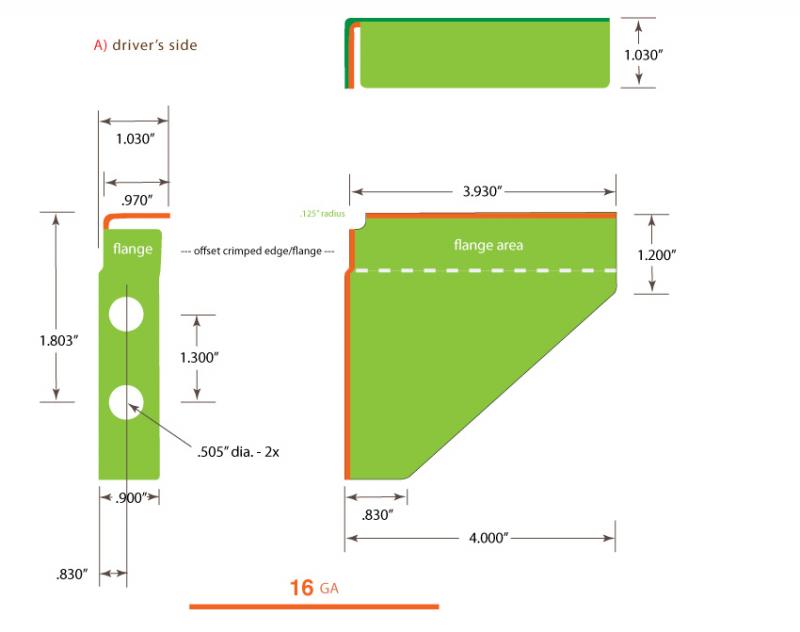 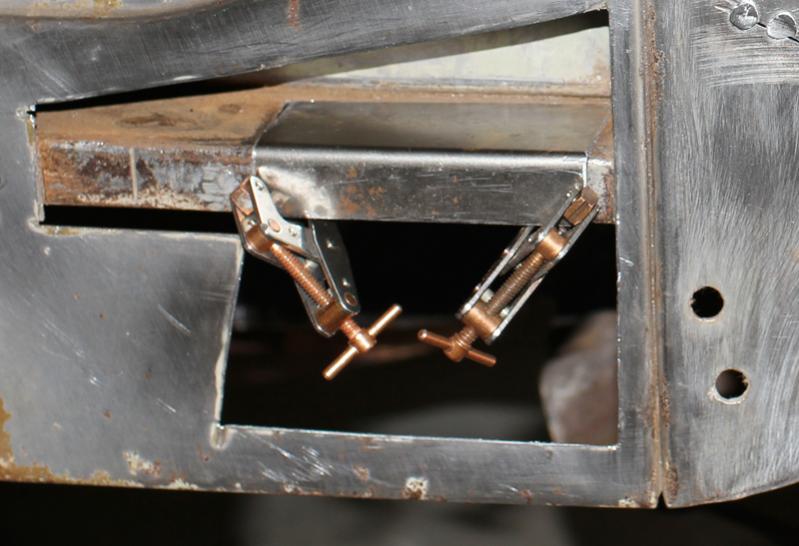 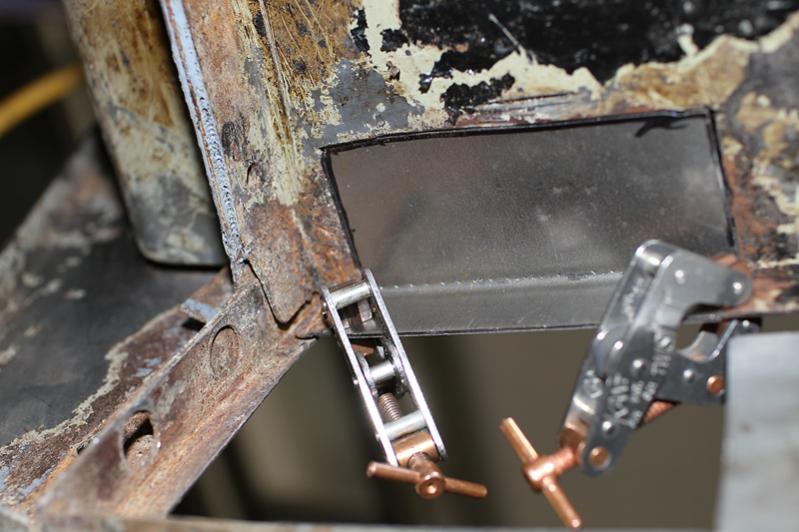 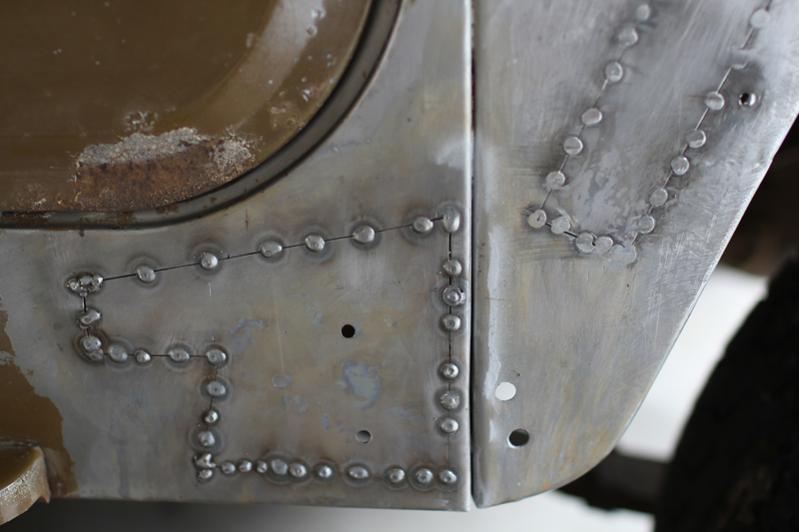 Hacksaw/hammer/vise/file 16 GA replacement brackets for inside the rocker panel. Kicked around patching the old brackets but they were pretty toasted and I don't have a sand blaster, etc. 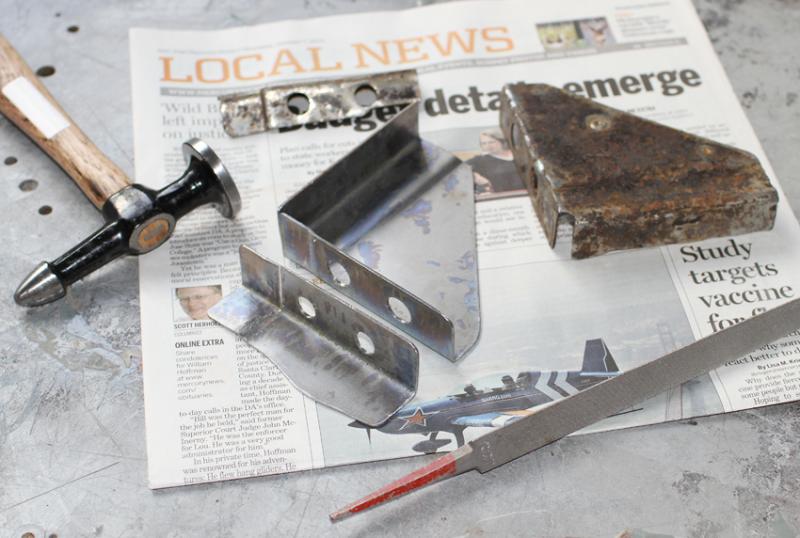 Rocker bracket going back in with original nut/bolt. 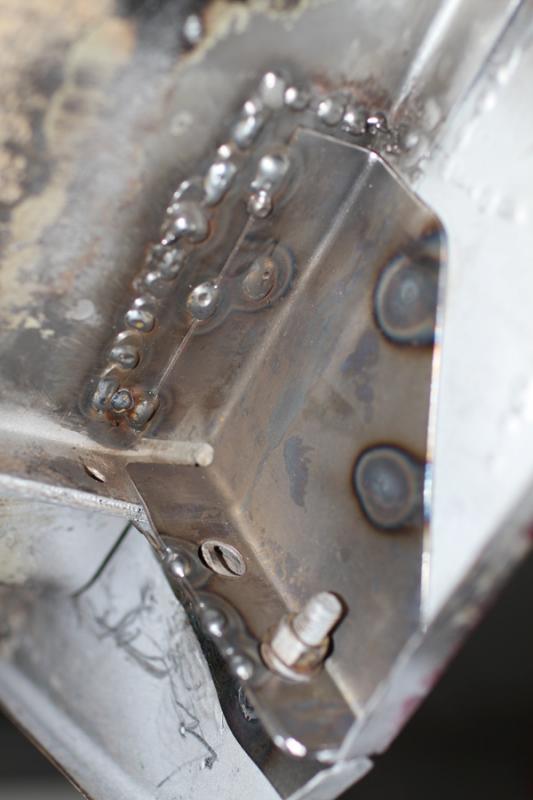 Looking at the passenger-side rocker and I think I've decided to pull the running board steps (or whatever they're called) and clean everything up as much as possible. Everything seems in pretty good shape but I can feel lumps of rust swelling the bracket areas. 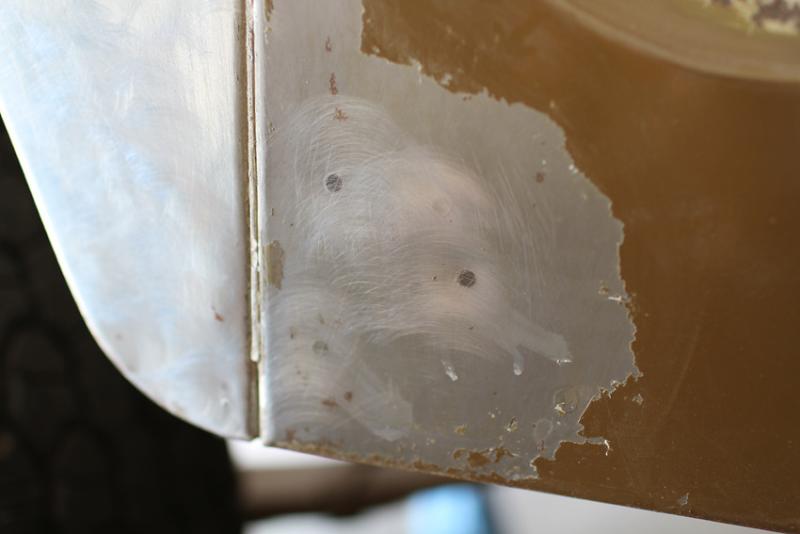 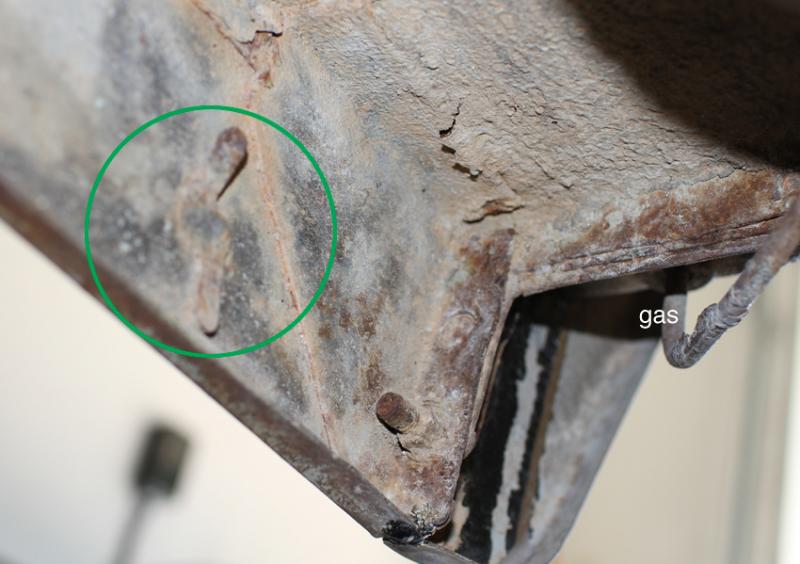 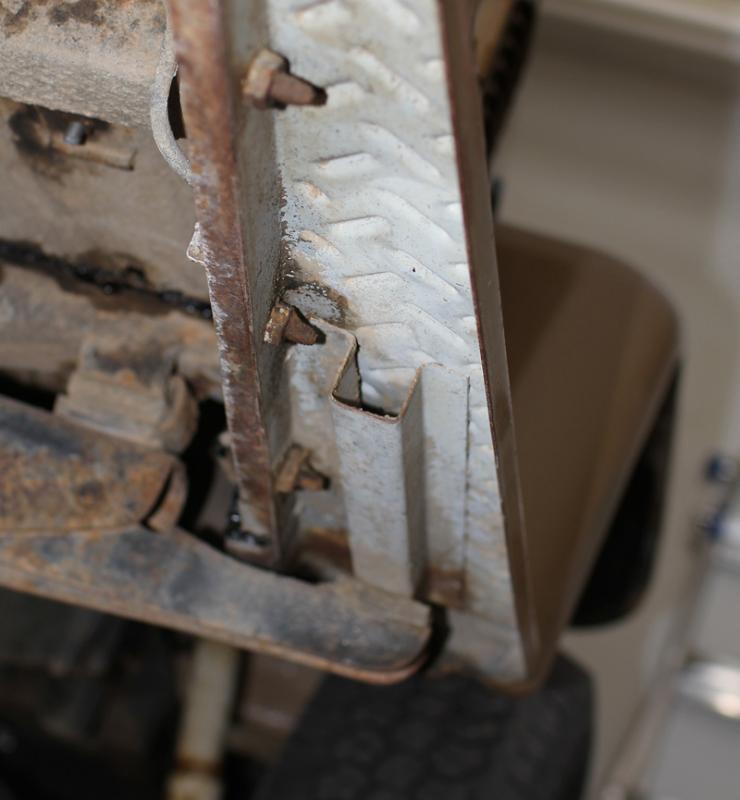 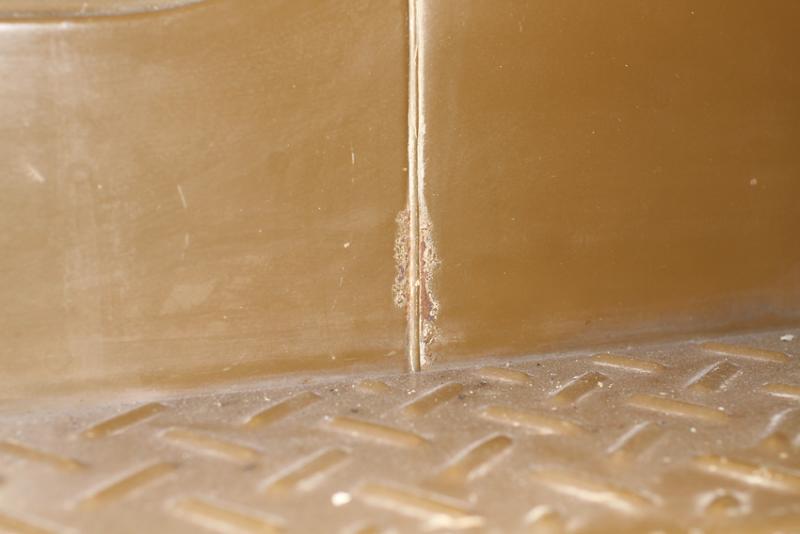 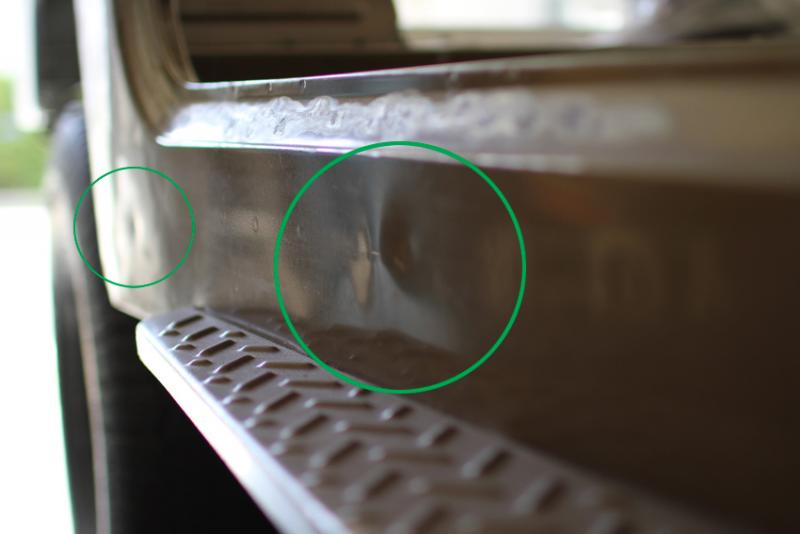 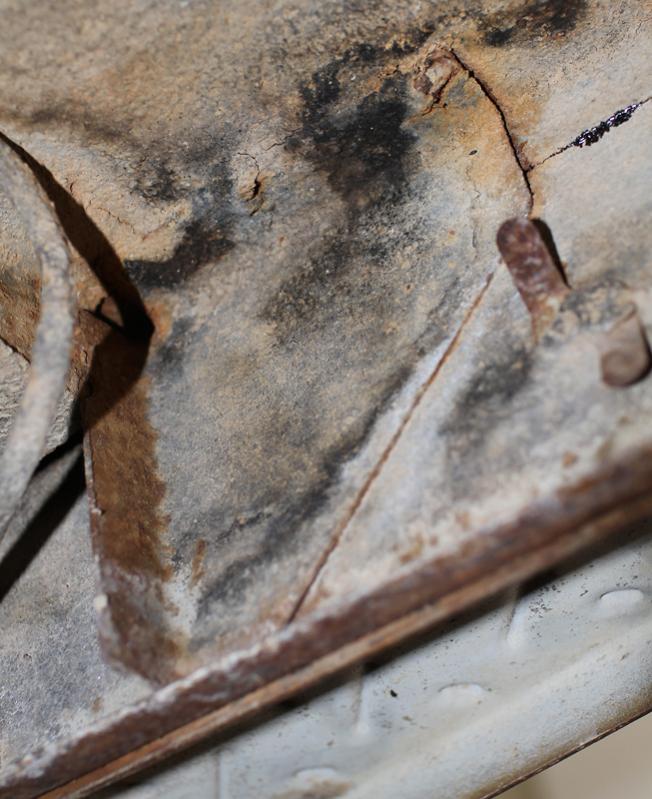 Way better than the driver's side was, but this rust is already eating it's way up into the rocker. Would no doubt have worked it's way out through any new paint in a few years... 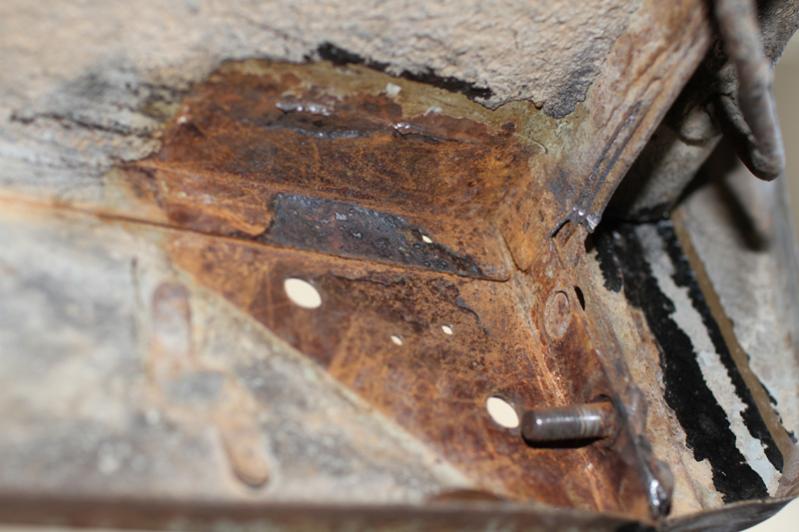